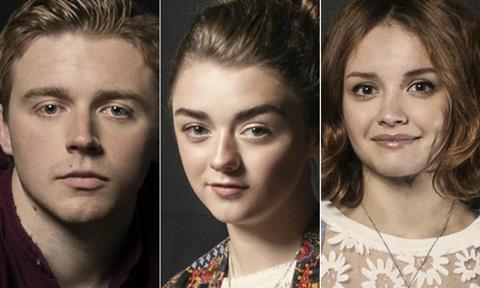 The 2014 edition of “Stars of Tomorrow” includes Olivier Award winning Jack Lowden and Maisie Williams, who, in addition to her Emmy-nominated work in Game of Thrones, has delivered celebrated performances across film and television.

Below is the full roster of Screen’s 2014 Stars of Tomorrow, including a special section of heads of departments such as casting and production design.

The 2014 selection includes Game Of Thrones star Maisie Williams, who will star in The New Mutants; Kingsman lead Taron Egerton, who will soon play the title role in Robin Hood; Olivia Cooke, who starred in Steven Spielberg’s Ready Player One; and Poldark actress Eleanor Tomlinson.