Supermensch: The Legend Of Shep Gordon 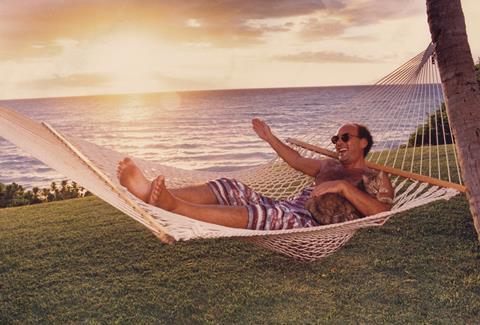 Mike Myers makes a warm-hearted documentary directorial debut with Supermensch: The Legend Of Shep Gordon, an enjoyably fluffy delve into the life of an entertainment industry legend. Brimming with great interviews (clearly Myers has a cool little black book full of contacts) and impressive archive footage, it is genially non-critical film that leaves audiences with a smile.

Gordon is never less than honest when talking about his relationships, boozing, drug taking, though the film gets it real sense of depth and warmth when he talks about the more compassionate side of his life.

The film, which premiered at Toronto screened again recently at the Miami International Film Festival, is a pacy, funny romp through a very individual life. Shep Gordon is a rare man who thrives on a challenge, has an innate warm humanity and a glorious mass of contradictions. An easy watch and packed with great anecdotes, it is a film that would work well in formal distribution along with the film festival circuit.

It helps immensely that Shep Gordon himself is a witty, warm and genial character with a wealth of stories (the truth of some he even doubts himself sometimes) and a roster of A-list showbiz friends. He also clearly has a great relationship with Myers, who he met in 1991 when negotiating to use a song by Alice Cooper – one of Gordon’s first clients – in Wayne’s World. Years later a depressed Myers asked Gordon if he could stay at Gordon’s house in Maui for a few days, and ended up staying for two months and being looked after by Gordon. The terms ‘supermensch’ comes very much from Gordon’s sense of generosity and kindness.

Gordon stumbled into music management when he checked into the Hollywood Landmark Motor Hotel and was decked by Janis Joplin and got some early advice from Jimi Hendrix. An early client was Alice Cooper…though the challenge was finding a way to break his unique stage show of sex and violence. Strategic use of a chicken in one act – thrown onto stage by Gordon claims Cooper – led to headlines and serious bookings for Cooper.

Other clients included Canadian singer Anne Murray; soul singer Teddy Pendergrass and chef Emeril Lagasse, though he developed strong relationships with a variety of movie folk as well, including Michael Douglas, Sylvester Stallone and Tom Arnold, as well as Sharon Stone (whom Gordon dated for a couple of years but is not interviewed).

Gordon is never less than honest when talking about his relationships, boozing, drug taking, though the film gets it real sense of depth and warmth when he talks about the more compassionate side of his life. He became the de-facto family to four orphaned children - grandchildren of a former girlfriend - whose upbringing he financed after their mother died; moved to Maui where he developed a famous open-house lifestyle and developed a spiritual sense of life and still continues to yearn to have a child of his own.