Taken 2 hunts down Looper at the UK box office

Fox’s sequel dominates competition to record impressive $11.8m (£7.4m) debut, including previews, a result that means it has already taken more than the original film in its entire run. 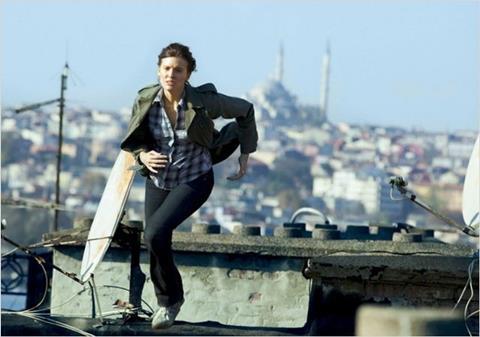 Fox’s sequel shot its way to $11.8m (£7.4m), including $1.9m (£1.2m) from previews on Thursday, from its 506 sites to end Looper’s run as the UK’s champion after just one week. That result is greater than the original took in its entire run back in 2008 when the sleeper hit amassed $10.3m (£6.4m), and also comfortably director Olivier Megaton’s best-ever performance in the UK.

As 2012 openings go, Taken 2 ranks as the year’s fifth biggest overall and marks the distributor’s strongest opening to date in 2012, surpassing the $10.0m (£6.2m) debut recorded by Prometheus back in June.

eOne’s well-received sci-fi Looper fell one place to second as a result of Taken 2’s debut, but can still be pleased with a $2.4m (£1.5m) second weekend.

While not director Scott Derrickson’s best UK opening, which belongs to the $4.4m (£2.8m) debut of his The Day The Earth Stood Still remake, it did manage to overcome the $2.2m (£1.3m) recorded by Derrickson’s The Exorcism Of Emily Rose in 2005 and is on par with last year’s horror breakout Insidious (produced by Sinister producer Jason Blum) which also took $2.3m (£1.4m) on its way to $11.5m (£7.1m) overall.

Also performing decently on debut was eOne’s The Perks Of Being A Wallflower which notched a $1.3m (£827,983) opening from its 328 sites in fourth.

Retribution will at least hope to overcome the $3.2m (£2.0m) tally of Resident Evil: Apocalypse to avoid becoming the series’ lowest-ever grosser in the UK, but will need to show some afterlife over the coming week in order to do so.