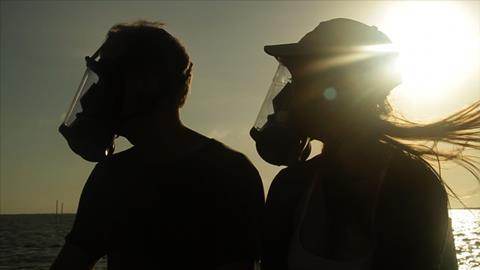 Picking up where last year’s Inside Job left off, this documentary revealing the corruption, graft and massive cover up of one the greatest man-made ecological calamities in recent times, should make a lot of people uncomfortable. Given the system in which they operate, though, they are most likely, just like the culprits in Charles Ferguson’s Oscar-winning essay on the collapse of the American economy, to wipe away the tears of shame from their eyes while rushing all the way to their banks.

Tickell has a solid case against the American political system and the religion of profit.

For those who might have forgotten the details, an offshore drilling rig in the Gulf of Mexico, known as Deepwater Horizon, collapsed in April 2010, causing some 20 million tons of crude oil to leak all over the coast of the State of Louisiana until five months later when the well was officially sealed.

This was followed by another 7000 tons of chemical dispersants which were poured into the sea, supposedly to limit the damage caused by the oil but actually even more harmful than the oil itself. British Petroleum (BP), the company operating Deepwater Horizon, took the blame for the entire affair and was officially made - by no less an authority than President Obama - to assume the responsibility and compensate for the major losses incurred by this disaster.

One year later, it turns out the wells haven’t really been capped and oil is once again visibly dribbling into the Gulf’s waters, but obviously it has become old news, other catastrophes pushing it off the front page.

Louisiana-born Josh Tickell, brought up under the shadow of the almighty oil industry ruling over this state, and his wife Rebecca Harrell, had already dealt with the issue in their earlier The Fuel (2008), and dedicate the entire first half of their new picture not only to the dimensions of the disaster, the health hazards and the ensuing economic collapse for the people living along the coast, but also on all the erroneous reports and mysterious deaths that accompanied every serious attempt to evaluate the damage. Harrell herself became sick due to the oil and the oil dispersants she had been exposed to through the shoot, and is still suffering the consequences.

For the picture’s second half, Tickell’s film joins Ferguson’s Inside Job theme in pointing out the tremendous influence of corporate money in American politics, republican and democrats alike, offering overwhelming evidence of the sums invested and the spectacular results achieved through those investments, such as systematically blocking all propositions to investigate alternative sources of energy, while regularly supporting the demands of the oil industry.

If buying out local politicians, like the ones in Louisiana, seems puny and irrelevant (the narrative describes it as “buying cheap hookers”), they pay off in billions, on a national scale.

Though tending to repeat its arguments sometimes, and provide data and information at such rate and abundance that it risks confusing and eventually exhausting the audience’s attention, Tickell has a solid case against the American political system and the religion of profit which overrules any other factor in establishing the morals of the country. Whether anyone will be affected by it or not - Tickell himself points out that none of the BP executives have been actually penalised up to now - remains to be seen. Spelling the facts as they are remains, however, a top priority.