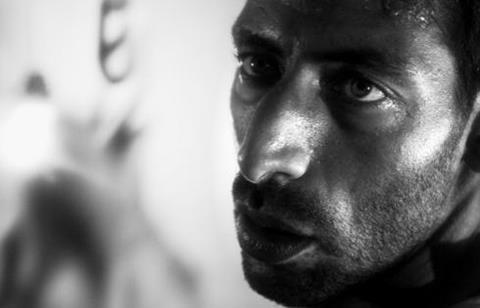 Moroccan writer/director Hicham Lasri’s The End (Al Nihaya) is a bold visual delve into a nightmarish vision of Casablanca, shot in elegant black-and-white but trading too much on stylistic flourishes and heavy-handed symbolism to make more than a limited impact.

While looking great in black-and-white and relishing its genre storyline is more distinctive through its overly showy camera movements than its plot.

Screening at the Abu Dhabi Film Festival, the film straddles the line between art-house and festival fodder, and while its lapses into sex and violence make it intriguing and rather unusual it lacks a cinematic coherence to appeal to more mainstream audiences.

The opening sequences are certainly intriguing as Hicham Lasri sets out his directorial style – which tends to involve lots of clever camera angles – as we are introduced to Mikhi (Ismail Aboul Kanater), a tall, languid slacker who clings to the top of a police car that is transporting hash to be destroyed. He climbs to the top of a furnace building and relishes the smoke as the bales of hash are destroyed.

Later that day as he shuffles through the city he comes across of beautiful punkette Rita (Hanane Zoudhi) chained to the steering wheel of a car. She is the ‘sister’ to four bizarrely dressed armed robbers, and while Mikhi becomes obsessed with her (and while she is largely silent, she is clearly taken with him) the foursome look to get her back with them.

Add to the freewheeling plot the arrival on the scene of ruthless police officer Daoud, who is related to Mikhi and also has brutal plans to track down the four robbers, and you have a film that while looking great in black-and-white and relishing its genre storyline is more distinctive through its overly showy camera movements than its plot.