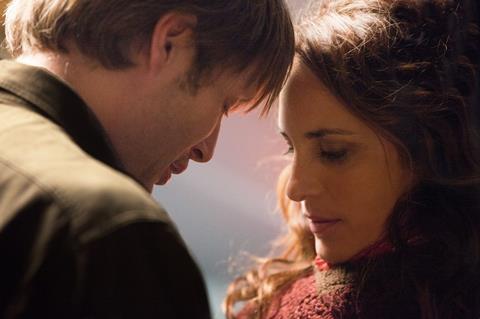 An energised Thomas Vinterberg powers into a rural Danish community with devastating effects in The Hunt, a confident return to form - and some familiar themes - for the co-writer-director. Daring to force his narrative right up against the edge of credibility, Vinterberg uses the hot-button topic of child abuse to push and probe at a town’s close-knit facade until the wounds bubble up angrily to the surface.

Vinterberg keeps the faith to The Hunt’s last heart-stopping frame.

Early plotting here is fast, so fast that it can sometimes feel false. But any initial doubts that this might prove to be simply a beautifully-crafted TV-movie are expertly laid waste as The Hunt, propelled by Mads Mikkelsen in an everyman role, hits home - and hits hard. Given the right critical backing, Trust Nordisk should see this expertly made film notch up strong international exposure; a Cannes prize would help, of course, and Mikkelson at least must be a contender for an outstanding performance as Vinterberg’s sacrificial lamb.

The issue of children making false accusations of sexual abuse is ground which has been travelled cinematically before, from The Children’s Hour (which started life as a play in 1934) to The Good Mother. It is acknowledged to rarely happen, although when The Hunt seems difficult to accept, the memory of the Cleveland abuse hysteria in the UK alone is enough to lend it some solid legs.

In it, Mikkelsen plays Lucas, a humble, self-effacing kindergarten teacher recovering from a bitter divorce and separation from his son Markus (a warm performance by young actor Fogelstrom). Vinterberg efficiently and unambiguously sets the action up with the film taking place over the months of November and December. We see five-year-old Klara, the daughter of Lucas’s best friend Theo (Bo Larsen) make her allegation; we know why she has done it; and we also know that Lucas is innocent.

The ensuing bridge is where The Hunt stumbles in its chase, with Vinterberg and co-writer Tobias Lindholm requiring the entire community to immediately and virulently turn against Lucas. Not content with immediately calling a meeting of parents which turns one hesitant allegation into widespread child abuse, experienced school head Grethe (Susse Wold) phones Lucas’s ex-wife and son to inform them personally. And despite a life-long friendship with Lucas, Theo refuses to even countenance asking his child what happened. When Klara tries to tell her mother Agnes (Hassing), she refuses to listen.

However, once The Hunt’s mission is accomplished, and Lucas is abandoned, the film takes off with Vinterberg reveling in the opportunity to contrast the ugliness of human nature against the glowing beauty of the Danish landscape. It’s 14 years since Festen made his name here in Cannes and, as is well documented, Vinterberg has stumbled since that early success. But The Hunt doesn’t just witnesses a return to form, it also examines similar themes. While technically, it inhabits another planet to the breathless Dogme film (Charlotte Bruus Christensen’s frames are fixed and lustrous, and take The Hunt outside, while Festen was an interior chamber piece) the central issue of truth and lies splitting a community lingers - and how people choose what they will believe in.

Vinterberg clearly enjoys picking at the illusion of brotherhood amongst these childhood friends and primal deer-hunters who boast an easy, beery male camaraderie that is only surface-deep. As the early-morning steam rises to greet them, there’s a sense of creeping menace and a fear that The Hunt will claim a sacrifice. And having played fast and loose earlier on in the piece, Vinterberg keeps the faith to The Hunt’s last heart-stopping frame.