On the eve of the Venice International Film Festival (September 2-12), artistic director Marco Mueller tells Sheri Jennings why this year’s event should mark a high point for Italian cinema. 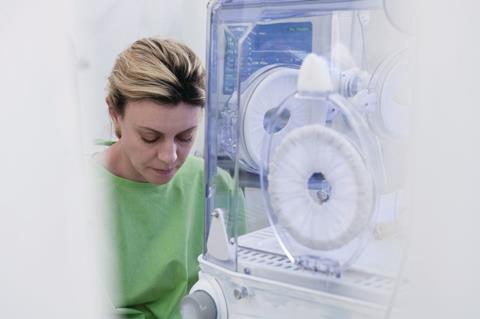 Venice’s 66th edition is poised to give the Italian industry a sturdy platform from which to show its current diversity and strength.

“The Italian section is the strongest we’ve had in years”

There are 22 Italian films in official selection including Giuseppe Tornatore’s Sicilian epic Baaria which opens the festival in competition and Michele Placido’s 1968-set Il Grande Sogno which is also screening in competition.

A new competitive section, Controcampo Italiano, is dedicated to trends in Italian film-making, while seven first-time Italian film-makers make their debuts across the sections. Even US film-makers -including Abel Ferrara (Napoli, Napoli, Napoli) and John Turturro (Rehearsal For A Sicilian Tragedy) -have nudged their way into the Italian line-up with Italian-produced films.

“The Italian section is the strongest we’ve had in years,”says artistic director Marco Mueller. “We have four films [in the main competition] that will travel.”Of Baaria, he says: “Everybody expects Tornatore to be fully in control of the film he wanted to make for his entire life, but people will say they never expected he could get a laugh out of us.

“Francesca Comencini’s The White Space “is entirely built on a major performance from one of our best actresses, Margherita Buy”, and debut director Giuseppe Capotondi’s noir title La Doppia Ora is “a major stylistic achievement”. Capotondi, who works with Paolo Sorrentino’s producers Francesca Cima and Nicola Giuliano, is one to watch, says Mueller.

“He comes from MTV and commercials -he’s definitely a new face -and an interesting one.”Mueller was also impressed by Centro Sperimentale Film School graduate Valerio Mieli, whose Dieci Inverni is screening in the Controcampo section, describing it as “the best Italian sentimental comedy in years”.

Meanwhile, the Orizzonti line-up offers an Italian title set to make a splash, I Am Love, directed by Luca Guadagnino whose credits include the controversial Melissa P. Tilda Swinton stars as an Italian-speaking Russian.

“The film is stylistically [polished] and Tilda is absolutely great,”says Mueller.

While the festival has reached out to Italians, Mueller believes the local industry “could use the festival betterŠ and definitely announce more projects”, but he concedes it is not easy in the current economic climate.
Midway through his second four-year-contract, Mueller has indicated he is looking forward to a return to producing. “Can you be a producer for several years and not wish to go back to producing?”he asks.

It seems Mueller will not be ushering in the much-rumoured Venice market in the new Palazzo, scheduled to open in 2011: “It’s not going to happen,”he states. “The conjunction of Venice and Toronto works so well for the films that we only need to reinforce our industry office.”

There are other changes under way, however. This year, Mueller has introduced a new 3D film award sponsored by Persol, whose owner, the eyewear manufacturer Luxottica group, is developing 3D glasses for studio movies.
“3D cinema is becoming a reality and we’re really making a special effort,” he says.

John Lasseter and the directors of Disney Pixar are the recipients of this year’s career Golden Lion and will be on the Lido to screen new 3D versions of Toy Story and Toy Story 2. Another 3D event will be Joe Dante’s thriller, The Hole, which is screening out of competition.

Construction on the new Palazzo is running to schedule according to Biennale president Paolo Baratta, who is optimistic it will be completed by 2011. “We are here to demonstrate an economic crisis doesn’t necessarily become a crisis in creativity,” he says. “We’re investing in the quality of the festival.”For the time being, there is a new temporary cinema, Perla 2. “[The construction site] has cut off a large space in front of the Casino and we took part of it to build a new cinema with 450 seats,”Baratta explains.

“They’re not permanent but it’s not a tent.”Changes on the Lido, he says, will herald an upgrade in services -including healthy fast food served until 2am to the hungry hordes leaving the Midnight Screenings. “A completely new atmosphere will help the festival become more hospitable.”