What does the growing conservatism among even specialist distributors mean for smaller sales agents with no obvious commercial fare and untested film-makers trying to break through? 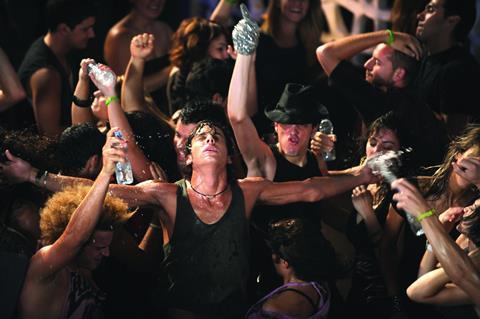 I sent some e-mails to buyers saying, “You bastards! You didn’t show up!,” says one Italian sales agent of this year’s Cannes. He describes the event as “terrible” and bemoans how hard it was to attract the attention of international buyers, who seemed only interested in films in the official selection.

“Big names, director, talent and genre are elements that seem to be required to define the pre-sellable film.”

Cannes 2009 was a buyers’ market. Distributors were in the luxurious position of being able to take their time, leaving the sellers to sweat it out. Often, they demanded to see finished films before they would even consider making an offer.

Amid the familiar grumbles about the absence of US buyers, the collapse in the DVD market and the reluctance of broadcasters to acquire films, business was being done. However, as the festival went on, it became apparent just how polarised the market had become.

“It’s true there is a polarisation as the definition of a pre-sellable film gets narrower and narrower,” says Carl Clifton, managing director of London-based The Works International. “Big names, director, talent and genre are elements that seem to be required to define the pre-sellable film.” Clifton points out that many buyers in Cannes were looking for “quick wins”.

Under pressure to ease their cash flow, they were trying to acquire films they could “realise revenue on very quickly”.

In other words, these distributors often did not have the resources or the patience to nurture some arthouse gem. They wanted the immediate gratification that only an obvious commercial film can bring.

HandMade’s Michael Ryan makes a similar point, suggesting the pre-sale market has now all but vanished for anything but obvious commercial fare:”All the distributors that are willing to pre-buy and have the money and nerve to pre-buy will be after that handful of films that are obvious.”

Those who have been suffering the most as the market realigns are the smaller, independent sellers, especially those with director-driven, arthouse fare.

“The arthouse buyers are getting more careful,” notes Jeff Nuyts of Italy’s Intrafilms. “They automatically excluded whatever was in the market that was not by a big name. They were not eager to discover first-time directors.”

“The market was quite tough other than for mainstream films,” agrees Meridiana’s Helen Loveridge, who was selling. To date, she has sold the Peruvian-set tragedy to select European territories.

Normally in Cannes smaller sales agents would, at worst, close some video and TV deals and follow up on negotiations that they had started in advance of the market. This time, though, even the bread-and-butter side of the business was lacking and it seems likely there will be casualties as some companies go out of business. “That will be the consequence of where the market is at the moment,” says Luc Roeg, head of London-based sales and production outfit Independent, which reported strong buyer interest in its recently announced Abel Ferrara horror movie Jekyll And Hyde with Forest Whitaker. “With less quality in the market, there will have to be some consolidation and some fallout.”

“The arthouse buyers are getting more careful. They automatically excluded whatever was in the market that was not by a big name. They were not eager to discover first-time directors.”

The paradox was that the Cannes Competition - acknowledged by critics as one of the strongest in recent years - was full of director-driven, arthouse films of precisely the type that were proving so hard to shift in the market. The Competition titles, though, were by brand-name auteurs, not by newcomers.

Benelux buyer A-Film has two divisions: Quality and Entertainment. In theory, the former is for edgy, festival-style films while the latter is for mainstream fare. It was revealing to see what kind of films A-Film picked up in Cannes. On the Quality side, its pick-ups were Precious from Elephant Eye, Anvil from The Works, Moon from Independent and Facing Ali from Mandate. The Entertainment arm took The Ward from Filmnation, Trust from Kimmel and The Fighter from Relativity.

“We thought the market was really slow,” says A-Film CEO Wilco Wolfers. “Of course, there were a lot of people after some of the more commercial projects - of which there weren’t too many.”

Wolfers adds A-Film steered clear of traditional, director-driven festival films. “Some of them are very difficult in our marketplace,” he explains.”You have to watch them in perspective of the price.”

One of the biggest and most unusual pre-sales in the market was for Belgian director Ben Stassen’s animated 3D adventure Around The World In 50 Years, which is being sold by StudioCanal and was bought for North America by Universal Music Group (UMG) for a seven-figure sum. UMG also picked up global rights to the film’s soundtrack album. UMG’s plunge into film acquisition was clearly driven by the opportunities the company saw for merchandising and cross-platform marketing. Director-driven arthouse movies do not present these kind of opportunities.

Even before the economic crisis, the market was saturated with arthouse films. The fear is now that the cycle will be reversed and arthouse movies - especially from new, unheralded directors - will become harder than ever to finance. In future years, the Cannes selectors may struggle to put together Competitions as rich as the 2009 crop.

Buyers who acquired some of the blue-chip Competition titles in Cannes remain confident arthouse fare can continue to reach substantial audiences. UK distributor Artificial Eye did well last year with The Class ($1.3m) and Il Divo ($477,434) and is bullish about the prospects for this year’s haul: Michael Haneke’s The White Ribbon, Lars von Trier’s Antichrist and Andrea Arnold’s Fish Tank.

“The industry is going through a change and we have to be aware of that. The cost of releasing films and finding screens makes it much harder [to release arthouse films,” says Artificial Eye managing director Louisa Dent. “But excellent films will always find their audiences.”

Moreover, as became evident during the market, you do not always need stars or big-name directors to generate sales. During the market, The Works netted an eye-catching deal for its documentary, The Cove, with Luc Besson diving in to acquire French rights through his production/distribution powerhouse EuropaCorp. Other sellers reported brisk business on films with novelty value, whether children¹s movies or natural history documentaries such as Sola Media’s Turtle: The Incredible Journey or risqué fare such as Spanish outfit Latido’s fast-selling Sex, Party & Lies.

“The industry is going through a change and we have to be aware of that. The cost of releasing films and finding screens makes it much harder [to release arthouse films, But excellent films will always find their audiences.”

The question nagging away at sales agents is whether the market conditions in Cannes this year represent a temporary blip or a permanent change. Independent’s Roeg predicts the wheel will soon turn again as there is not enough obvious commercial fare to satisfy distributors and they have to turn again to the “more interesting, director-led films that they have been used to in the past”. By the end of the year - the time of the American Film Market in November - this process will have begun, he predicts.

One veteran arthouse producer in upbeat mood at Cannes was Peter Aalbaek Jensen. The Zentropa boss was clearly relishing the controversy (and sales) Trier’s Antichrist was generating. Amid all the gloom in the market, he pointed out the present financial crisis is not such a new experience for the arthouse sector.

“Most of our buyers are arthouse buyers. We’ve been dealing with them for 15 years and no bank has ever given them huge credit lines,” Jensen reflected.”We have more or less the same financial crisis together with our buyers that we have had for the last 20 years, and we are alive and kicking. We’ve got so many projects coming in because everybody is saying we’re a little bit sexy as we dare to release a film like [Antichrist].” The trick - even the most woebegone sales agents in Cannes agreed - is to get through 2009. Next year is likely to be better, if you can get there in one piece.

The London UK Film Focus (June 29-July 2) is showcasing UK films to a captive audience of international buyers. For those smaller UK sales agents trying to stay afloat, this year’s LUFF, run by Film London, has assumed a new importance.

Around 120 international buyers will be in town for four days to see UK films such as Ealing Studios’ From Time To Time, from writer/director Julian Fellowes and starring Dominic West, and Carnaby International’s comedy-horror Doghouse, starring Noel Clarke, Danny Dyer and Stephen Graham.

“We’re delighted with how From Time To Time has turned out and rather than have it crowded out in the Cannes market we want to give it a great platform at LUFF,” says Ealing Studios head of sales Natalie Brenner. “This will mean a much more relaxed yet focused environment where it will attract many of the distributors we already work with or that we’re keen to do business with.”

Indeed, UK sellers relish the chance LUFF gives them to reach distributors with titles that risk being overlooked in the maelstrom of the Cannes market. The event’s organisers estimate the event generates around $3m of film sales each year.

“For UK sales agents, LUFF is vital,” suggests Helena Mackenzie, head of international at Film London. “It is their event, a dedicated avenue for them to market their products to an audience of buyers that would otherwise be difficult to penetrate.”