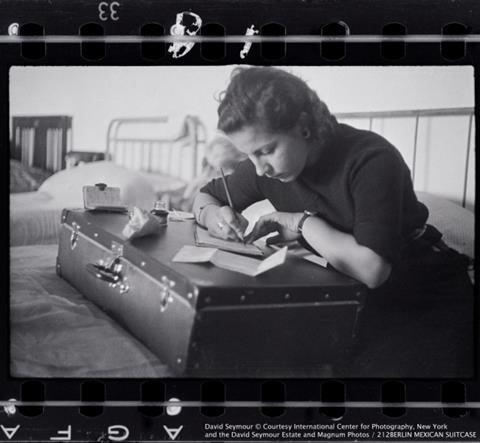 As well as being a fascinating detective story documentary about some of the greatest photographers of their generation, The Mexican Suitcase also offers a gripping account of the plight of Spanish who were exiled to Mexico after the Spanish Civil War. Likely to feature prominently at film festivals, the film should also attract broadcasters, especially those specialising on arts.

The film takes the interweaved routes of tracking the history and importance of the three photographers’ work while using the lost suitcase as a metaphor.

The film, which had its world premiere at the Karlovy Vary Film Festival, tells the story of three lost boxes, eventually found in a closet in Mexico City in 2007, that had disappeared in the chaos in Europe at the beginning of World War II. Legend had that the work had all been transported in a single suitcase – or bag – with archivists looking for it for years.

They contained 4,500 unique negatives, the work of three friends – Robert Capa, Gerda Taro and David ‘Chim’ Seymour – who had travelled to Spain to fight fascism with their cameras and who had also invented a new type of wartime photojournalism, with their vivid frontline photography potently capturing the brutal realities of the Civil War.

Directed by Trisha Ziff – who made the documentary Chevolution – with intelligence and precision, the film takes the interweaved routes of tracking the history and importance of the three photographers’ work while using the lost suitcase as a metaphor…a way of tracking the voices of survivors of the War and how younger generations in Mexico view their history and relationship with Spain some 70 years later.

The story of The Mexican Suitcase is of how the suitcase represents not only the work of the photographers, but also a larger narrative of exile, loss and identity. It is also a bold and fascinating film that deserves further attention from festivals and distributors.