The Road: A Story Of Life And Death 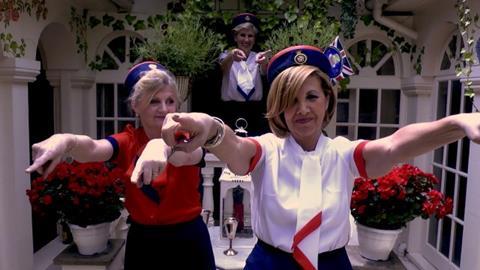 The Road: A Story Of Life and Death claims to follow immigrants down the Roman road - now called the A5 - from Holyhead in Wales, where the ferries from Ireland dock, to London’s Marble Arch. This is a complete mis-steer. In fact, documentarian Marc Isaacs barely strays outside his own suburb of London, which the A5 cuts through. Still, though, The Road is a moving story of immigrants that has all the power of last year’s Dreams Of A Life.

The Road: A Story Of Life And Death should perhaps be required viewing for all those tempted to come and seek their fortune in the UK’s capital city.

Produced as part of the BBC’s highly regarded Storyville strand, The Road should find festival ports of call, as well as solid TV exposure. It’s a sombre bare-bones piece of film-making which is no easy watch as it tries to find a sense of purpose, but it comes together in a highly-affecting manner as Isaac’s connections with his subjects result, literally, in A Story Of Life And Death.

Touting his own camera, Isaacs gets personal with his chosen immigrants over what seems to be a lengthy period of time. He starts out with a young red-haired singer called Keelta who has come to the UK hoping for a bright future and ends up in a Cricklewood bar which is also frequented by the sad-eyed Billy Leah who left Ireland 42 years ago to work on the roads and is now a lonely alcoholic.

Isaacs also finds a charismatic subject in Peggy Roth, the 95-year-old happy widow who fled pre-war Vienna but lost her mother to the Holocaust. Iqbal Ahmed, whom Isaacs credits as co-screenwriter, is a lonely concierge at a Maida Vale hotel; a Burmese immigrant is attracted by the Collindale monks who spend 18 hours a day chanting for peace. And Brigitte Krafczyk is a former air hostess who runs a hostel for language students.

As Isaacs looks around the city, mostly clouded over and damp, his camera captures a cold and difficult place in which his subjects yearn for human contact. As Iqbal muses: “You don’t fit in back home, and you don’t fit in here either.” A man waiting in vain by the side of the road for construction work comments that he watches how people treat their dogs and wishes they would treat him in the same way.

The Road: A Story Of Life And Death should perhaps be required viewing for all those tempted to come and seek their fortune in the UK’s capital city.