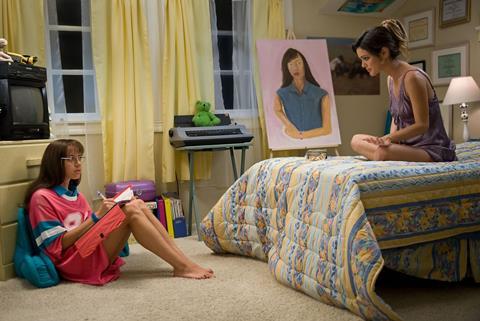 Like a sharper, female version of American Pie or Superbad, The To Do List is a smart, refreshingly frank though only moderately funny coming of age tale about an uptight high schooler and her quest for sexual experience. It could strike a chord with both teens and, thanks to its nineties setting, thirtysomethings - but it may not be an easy sell to either group.

First time feature writer-director Maggie Carey throws plenty of sex slang and some fairly raunchy action into the proceedings but leaves out the nudity that would probably have been included in a male-oriented teen romp.

US distributor CBS Films, which gives the R-rated comedy a mid-sized US release on July 26, should be able to tap into the distaff audience that has been under-served by Hollywood so far this summer. The challenge will be fitting the marketing to the raunchy, slightly edgy tone.

Independent distributors handling the film outside the US will have less problem with the tone but won’t be helped by the lack of big name talent.

In classic teen comedy tradition, the plot unfolds over the summer between the end of high school and the start of college. In this case, though, the setting is the nineties, before Google made self-education about sex easy, and the protagonist is Brandy Klark (nicely played by up-and-comer Aubrey Plaza, from Safety Not Guaranteed and TV’s Parks And Recreation), an attractive but academically-driven senior with more interest in books than guys.

Determined to get in the know and lose her virginity before going off to college, Brandy draws up a checklist of sexual activities and sets out, with characteristic determination and efficiency, to experience each one. Helping with the quest are her two girlfriends and her older sister, and variously involved along the way are her fellow summer employees (played by Saturday Night Live’s Bill Hader and Friday Night Lights’ Scott Porter, among others) at the local swimming pool. The moral of the story has Brandy eventually realizing that sex sometimes has emotional as well as physical aspects.

First time feature writer-director Maggie Carey throws plenty of sex slang and some fairly raunchy action into the proceedings but leaves out the nudity that would probably have been included in a male-oriented teen romp.

Though the blend of genre tropes and more serious points isn’t always smooth, the film represents a promising big screen debut for Carey, best known up to now for her TV and web comedy work.

Presumably to help attract an audience that would have been Brandy’s age at the time, the story’s 1993 setting is played up through witty pop culture references to the likes of Bill and Hillary Clinton, Kenny G and M C Hammer.