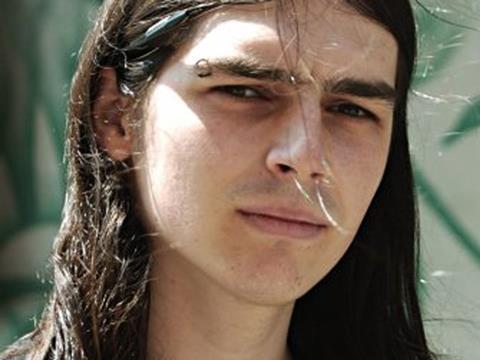 A vacuous, low budget coming-of-age tale about two inseparable 19 years old friends spending their last summer together before one of them heads for college in Belgrade while the other will have to get a job, this is  yet another desolate portrait of misguided youth on the brink of maturity, desperately trying to find a sense and purpose in life.

A loose story without any real dramatic substance, featuring sympathetic but undefined characters all of whom look and behave in an entirely natural manner.

Though the theme itself is familiar enough to generate some interest, the script however is far too thin and inarticulate to carry it very far beyond local audiences, which might respond to some of the youthful, four letter dialogues. Tilva Ros screened in the competition section of the Sarajevo Film Festival.

Taking place in the mining town of Bor, bereft of its main source income by the privatisation process blamed for much of the economic chaos in Central Europe, Nikola Lezaic’s sliver of a plot pits the two boys against each other when perky girl comes to visit from France, but is quickly lost in a mass of self-indulgently shot atmospheric details, repetitive and most of the time, hardly relevant.

Toda (Marko Todorovic) and Stefan (Stefan Djordjevic) fool around all day long, ride their skateboard, devise silly, sometimes dangerous Jackass-inspired stunts they can shoot with their video camera and then eventually edit together, drink beer, smoke pot, play pranks that sometimes degenerate into fits of destruction and are even willing to inflict pain on each other, just to feel they are alive. The only thing they cannot agree upon is Dunja (Dunja Kovacevic), on holiday from school in France. Toda feels she is a pain and should be ignored, Stefan rather likes her presence, their conflict evidently suggesting the beginnings of sexual arousal, though nothing is really spelled out.

There is plenty more material that Lezaic, the absolute author of the film which he has produced, directed, written and edited, sneaks in through unelaborated hints all though the film. Toda is of lower middle class origins; Stefan’s parents are higher middle class; closing down the mine changes the economic fabric of the town; housewives are becoming sales agents; the unemployment agency sends former miners and fresh high school graduates to courses teaching them how to sell themselves for a job; street protests are organised and labour unions compromise, claiming ineffective victories.

But all this is never more than background to a loose story without any real dramatic substance, featuring sympathetic but undefined characters all of whom look and behave in an entirely natural manner, but watching the handheld camera chasing them as they engage in their routines for 100 minutes, is just a bit too much.