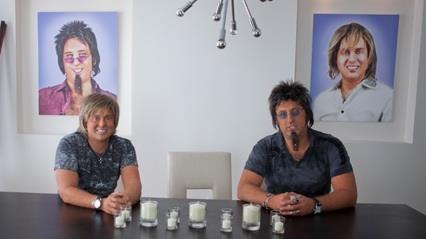 Tim And Eric’s Billion Dollar Movie is the feature-length debut of the writing-directing comedy duo Tim Heidecker and Eric Wareheim, who have earned cult status thanks to their cable sketch shows such as Tim And Eric Awesome Show, Great Job! But where their TV work, although hit-or-miss, demonstrated their ability to come up with wonderfully bizarre two-minute segments, Billion Dollar Movie suggests that they’re woefully incompetent at stringing together a movie-length narrative. The inane, adolescent humour is non-stop; the laughs are nearly non-existent.

But while that worked fine in sketches, Billion Dollar Movie becomes a laborious viewing experience as the duo struggle to keep forward momentum on a plot that simply isn’t funny.

Hitting VOD on January 27 before launching its theatrical run on March 2, Billion Dollar Movie made its debut as part of the Park City At Midnight line-up at Sundance. Aimed chiefly at fans of the duo, this Magnet release doesn’t seem to have much of a chance of expanding their audience, even though Will Ferrell, John C. Reilly and Zach Galifianakis all have roles in the film.

Billion Dollar Movie stars Heidecker and Wareheim as essentially themselves as they prepare to unveil their first film, for which they were given a budget of a billion dollars by hot-tempered corporate honcho Tommy Schlaaang (Robert Loggia). But when Schlaaang hates the film and demands the money back, Tim and Eric are forced to go on the run, answering an ad to become the new heads of a sketchy, rundown mall whose owner (Ferrell) promises to pay them a billion dollars if they can get the place back on its feet.

On Tim And Eric Awesome Show, Heidecker and Wareheim would jump between commercial parodies, sketches and other bite-sized comedy bits, often featuring famous stars like Ferrell. The humour was usually deadpan or ironic, playing up the sketches’ intentionally campy or low-budget tone. But while that worked fine in sketches, Billion Dollar Movie becomes a laborious viewing experience as the duo struggle to keep forward momentum on a plot that simply isn’t funny.

Just as disastrous, the filmmakers have decided to amplify the coarseness, which results in a depressingly consistent spate of sophomoric, juvenile jokes involving bodily functions, the male anatomy, and homoeroticism. Billion Dollar Movie has a few stray moments when it pokes fun at Hollywood conventions that are mildly amusing, but otherwise the film’s endless pseudo-surreal gags are a monotonous chore.

This all might have gone down a bit easier if Heidecker and Wareheim were charming screen presences, but their smug, off-kilter acting style makes them incredibly unlikeable. Sadly, the same goes for the film’s high-profile supporting players, with Ferrell, Reilly and Galifianakis emitting such lethal levels of hammy self-indulgence that hazmat suits should be required for audiences.