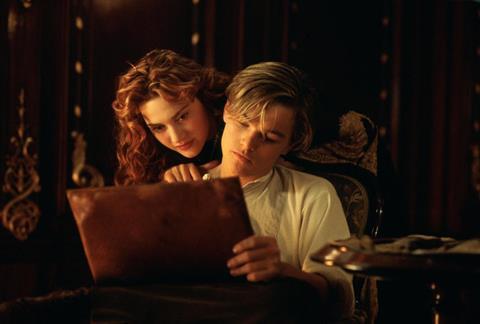 Not content with going 13 weeks at the top spot on its original release in 1998, Titanic enjoyed a triumphant return to the UK box office with a number one debut.

Fox’s 3D re-release enchanted its way to a $4.4m (£2.8m) opening to prevent The Hunger Games from a third consecutive week at the top of the chart. It follows in the success of the distributor’s recent 3D re-release of Star Wars: Episode I - The Phantom Menace, which has taken $8.4m (£5.3m) in the UK to date.

Despite falling a place to second, Lionsgate’s The Hunger Games continued its excellent run by adding a further $3.8m (£2.4m) in its third weekend.

Bolstered by four days of previews - after opening on Monday - StudioCanal’s Mirror Mirror enjoyed a solid $3.8m (£2.4m) debut in the UK to chart third - although this position could alter when official figures are released.

Warner Bros’ sequel Wrath Of The Titans rounded off this week’s top five.