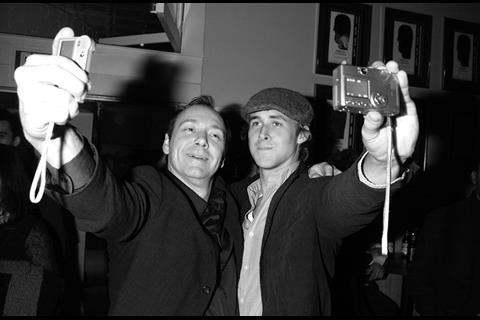 2003 Kevin Spacey and Ryan Gosling line up for early selfies. 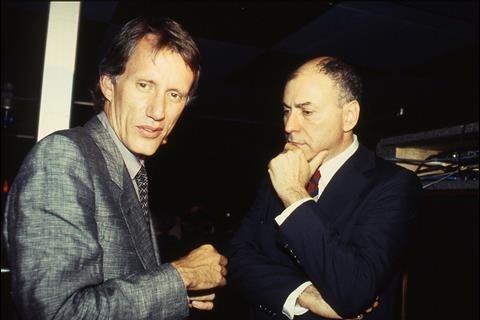 1985 James Woods and Alan Arkin at the party for opening night gala Joshua Then And Now (at the time, the most expensive Canadian film ever produced at $11m). Cheese blintzes were served, apparently. 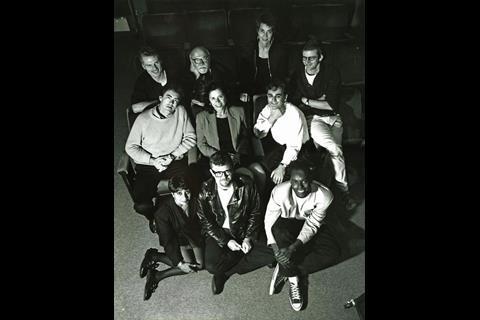 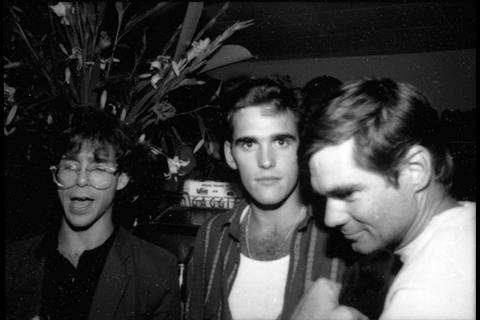 1989 Matt Dillon and Gus Van Sant at the world premiere of Drugstore Cowboy. "This was my last year covering the festival as a journalist," says Bailey, "and I remember Matt Dillon luxuriating in the bad boy image we all admired on screen." 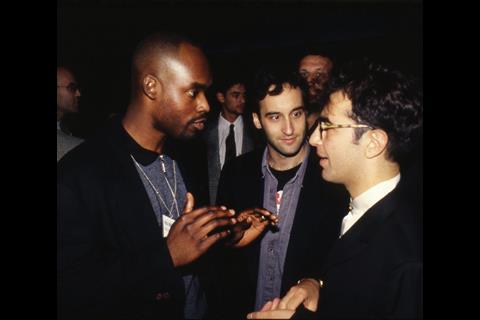 1994 Cameron Bailey, Don McKellar and Atom Egoyan, whose Exotica played that year: "This may be me trying to explain to Atom that you can set a movie in a strip club but you can't actually strip. Don waits for Atom¹s reaction." 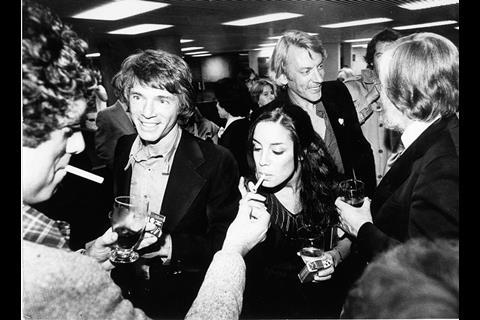 1977 George Anthony (centre) was involved in securing appearances by high-profile film talent at what was then the Festival of Festivals. In 1977, he lured Donald Sutherland (right), Elliot Gould (left), Liza Minnelli and Peter O'Toole. As a token of gratitude, custom-made gold pins became part of the festival¹s formula for attracting stars. 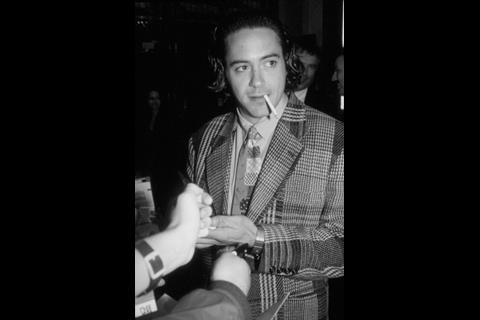 1994 Robert Downey jr, in town for Only You. Legend has it Downey jr had a famous meltdown at the Sutton Place Hotel during the film¹s junket. 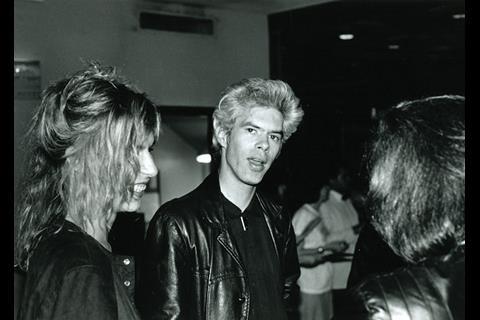 1986 Jim Jarmusch at the festival with Down By Law. 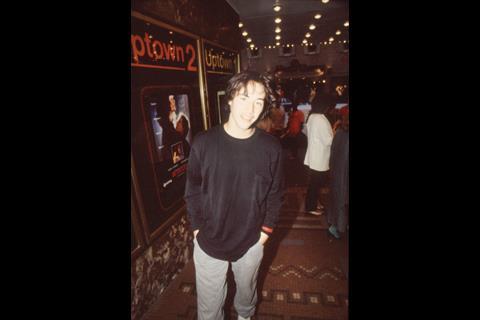 1988 Keanu Reeves at the Uptown 2 Theatre, located at what was then the heart of the festival in Yorkville (Reeves' stomping ground during his youth), for The Prince Of Pennsylvania. 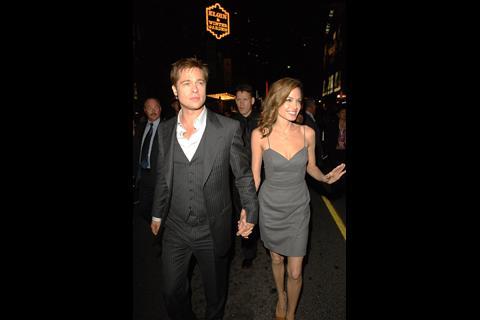 2007 Brad Pitt and Angelina Jolie's first joint appearance at TIFF, walking the line at the Elgin Theatre for The Assassination Of Jesse James By The Coward Robert Ford. 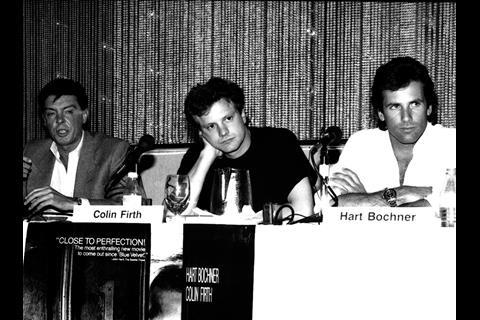 1989 "I remember reviewing Apartment Zero before I'd seen A Month In The Country," recalls Bailey. "I had no idea who Colin Firth was. Since he's come back many times I've learned his birthday often falls during our festival, and I've been fortunate enough to be there as our audience sang Happy Birthday." 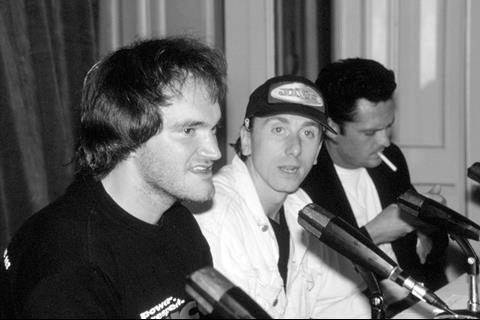 1992 Reservoir Dogs press conference. Quentin Tarantino asked the festival to extend his stay so he could see as many films as he could, and remains the only guest film-maker to ever attend the staff-only festival party. 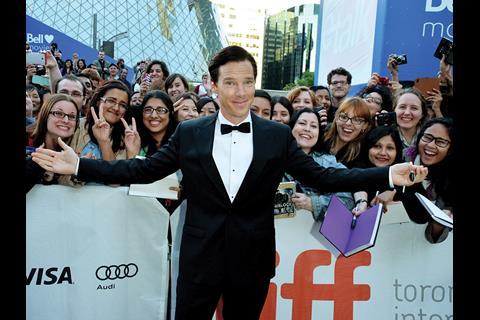 2013 TIFF's new king? Benedict Cumberbatch at opening-night film The Fifth Estate. "Fans went Cumberbananas on the red carpet," says artistic director Cameron Bailey, "and did it again last year when he came for The Imitation Game."

Piers Handling on why four decades of TIFF - and the Festival Of Festivals - makes him ‘immensely proud’.

TIFF began celebrating its 40th milestone in July with free screenings around the city. “There’s been more of a public lead-up than usual,” says Piers Handling, festival director and TIFF CEO.

During the festival itself, Handling and his team have scheduled more free programming, including a screening of Vertigo on the final day with Bernard Herrmann’s score performed live by the Toronto Symphony Orchestra.

Also planned: 10 one-minute films - Festival Moments - to be unveiled each day and built around actors and film-makers discussing themes such as sex, love and rebelliousness.

For Handling, celebrating 40 years of TIFF has huge personal as well as professional significance.

“I’ve only missed two festivals,” he says. “I came to the very first one as paying public and I’ve worked here for 33 years.

“It’s been my professional life - so much investment in terms of advocating a certain kind of cinema and trying to open people’s eyes to its diversity and differences. To have created an international event is truly satisfying.”