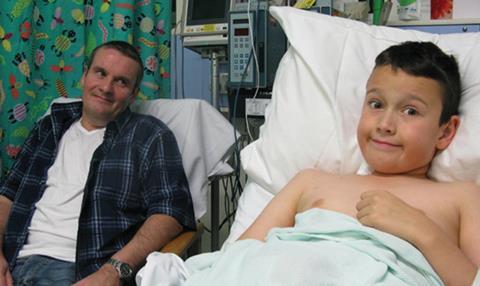 Cat Lewis knew from a young age that she wanted to work in television. From the age of 15, whilst still at school, she worked for three years as a presenter and reporter for children’s radio and TV programmes in the North East of England.

Deciding to become a TV producer, she went to the University of Bristol where she did a degree in English and Drama, which included TV and film production, before completing a post-graduate degree in Broadcast Journalism at UCLAN. She then won a coveted place as a BBC Production Trainee in 1988.

In 2002, Cat became an Executive Producer, specialising in factual programming. Her work has won her many awards including a BAFTA, and she comes up with ideas for and oversees the production of hundreds of hours of programmes for the BBC, Channel 4, ITV, Channel 5, AETN, Discovery and Sky.

In 2007, she set up her own independent production company, Nine Lives Media, focusing on current affairs programmes, factual documentaries and drama documentaries. The company has made and transmitted 72 programmes, with a further 17 hours of programming currently in production.

“We have earned a reputation for making highly acclaimed factual programmes, with strong production values and high ratings,” says Cat. “Export is a key part of our business model, as it’s really the best way to maximise our profit margins so that we have money to invest on developing new ideas. We sell around 80 per cent of our documentaries internationally and have developed a broad client base beyond the UK.”

In June 2010, Nine Lives Media took part in Passport to Export, the UKTI programme that gives exporting companies the tools they need to grow their business internationally. This gave the company a useful insight into the practicalities of working with clients outside the UK, in particular in the US.

Before making a visit to existing clients in the US in July 2010, nine Lives Media commissioned an Overseas Market Introduction Service (OMIS) report from UKTI, to identify additional contacts to speak to while out there.

UKTI also provided funding towards the cost of the trip, during which Cat met face-to-face with The Learning Channel (TLC), part of the Discovery Channel.

TLC had already bought a programme made by Nine Lives Media for the UK about the world’s oldest conjoined twins, Ronnie and Donnie Galyon. Following the in-person meeting with Cat, TLC went on to commission a new film about the twins, which has since been sold in other countries as well. “Passport to Export is a really useful scheme that taught us things about exporting that we didn’t even know we didn’t know,” says Cat. “It also enabled us to get funding towards visits to clients in the US, making it easier to strengthen relationships and win new business.”

Over the years, funding from UKTI’s Tradeshow Access Programme has enabled Nine Lives Media to exhibit at various international events. In early 2011, the company joined a UKTI Trade Mission to RealScreen in Washington.

UKTI hosted an introductory dinner where Cat met US broadcasters and programme commissioners who talked in detail about what they are looking for.

One of these was from MTV, and Nine Lives Media has since built a strong foundation for working together when the right opportunity arises.

Another UKTI programme, Gateway to Global Growth, took Nine Lives Media to the Rio Content Market in Brazil in February 2013 and MIPCOM in Cannes, France in October 2013. At MIPCOM, the company exhibited on the UKTI Indies Stand, giving it prime position at a fraction of the usual cost of exhibiting.

“It’s vital that we attend industry events like RealScreen and MIPCOM, to get ourselves known in the market and meet broadcasters face-to-face,” says Cat.

“UKTI’s support has been critical in enabling us to do this, both in subsidising our attendance and helping us to make the most of our time once there. Being on their stand gives a base in a good location and makes it easier for people to find us. All the programme distributors attend the markets, so it’s good to find out which new shows are selling well. It’s also really useful to meet producers from other countries to discuss possible co-production opportunities.

We met commissioners from other countries, including Canada, who are interested in our work. We also continued discussions we had started with Brazilian companies in Rio a few months earlier. UKTI is simply brilliant. They are doing a very valuable job providing day-to-day support to British businesses that want to export and I wouldn’t hesitate to recommend them.”

International trade has always played an important role in the UK economy; today it accounts for a third of the nation’s GDP.

For individual UK businesses, especially in times of economic uncertainty, exporting can make the difference between profit and loss.

Companies that start to export see a 43 per cent increase in productivity and are 11.4 per cent more likely to stay in operation. These companies have a stronger financial performance and achieve growth levels and economies of scale that would not be possible domestically.

Exporting can be challenging, but the benefits are far greater than the challenges. Exporting means that the commercial lifespan of products and services improves, as well as the returns on R&D investments. Trading overseas also means that revenues and profits are more reliable and resistant to inevitable economic changes.