Vice releases 'The Redemption of the Devil' trailer

Documentary follows a year in the life of Jesse “The Devil” Hughes from the Eagles of Death Metal. 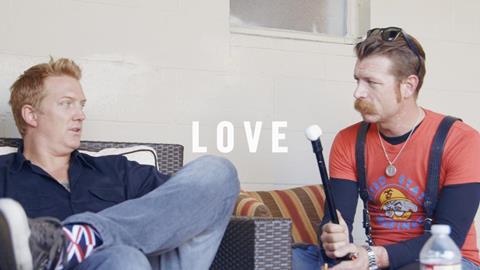 Vice has released a trailer for The Redemption of the Devil, an intimate and at times brutally honest portrayal of a year in the life of Jesse “The Devil” Hughes.

It centres on the year when he finally completes the recording of his band Eagles Of Death Metal’s awaited new album with his old best friend, Josh Homme, of Queens Of The Stone Age.

The film follows Jesse as he becomes ordained as a Catholic minister, his relationship with former adult film star Tuesday Cross becomes progressively intense and his passion for conservative politics leads him to seriously consider re-entering the political arena.

The film will be available to download on iTunes on Oct 2.