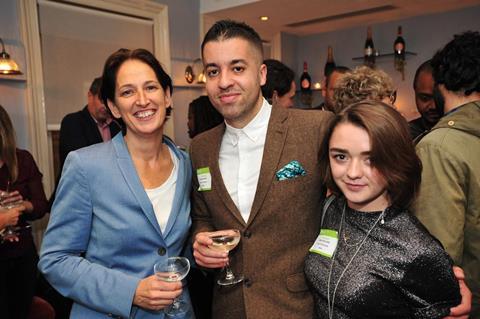 A select group of the 2014 stars, and several alumni from past years, were celebrated at an invitation-only international industry dinner at Kettners.

It marked the first time that Screen’s Stars of Tomorrow had been presented at LFF. The event was supported by British Council and Casting Society of America (CSA), and held in association with We Are UK Film.

The dinner was preceded by a private masterclass led by US casting agent Deborah Aquila, whose credits include The Shawshank Redemption and TV series Dexter and The Shield.