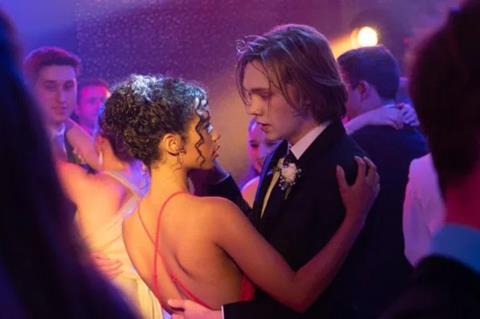 Voltage Pictures is back in the YA business and is continuing talks with international buyers on the YA romance Words On Bathroom Walls starring Charlie Plummer.

Roadside Attractions is currently scheduled to release the film theatrically in the US on August 7 and is partnering with LD Entertainment.

Andy Garcia, AnnaSophia Robb and Taylor Russell also star in the story of a young man with dreams of becoming a chef who is diagnosed with schizophrenia and falls for a girl who teaches him how to live life to the full.

Thor Freudenthal is directing from Nick Naveda’s (Say You Will, Judi) adapted screenplay from Julia Walton’s novel of the same name, which won both the ALA-YALSA Best Fiction for Young Adults Book Award and the ILA Young Adults’ Book Award.

“We’re thrilled our friends at LD Entertainment have brought us on to represent the adaptation of this much-loved novel,” said Voltage president and COO Jonathan Deckter. “The YA demographic is one we and our international partners know inside-out, and we look forward to replicating our past successes in this market on Words on Bathroom Walls.”

Voltage’s breakout YA hit After was based on the best-selling series of books by Anna Todd and grossed close to $60m internationally and $70m worldwide. The sequel After We Collided is in post-production.