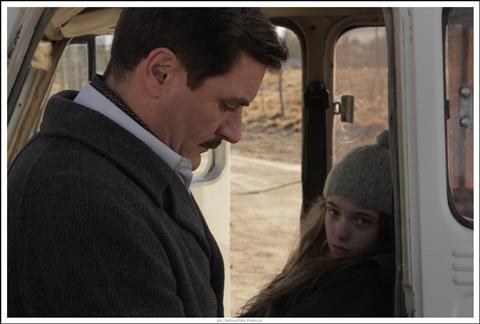 A gently striking and achingly tense drama, Lucia Puenzo’s impressively made Wakolda is set against the beautifully bleak backdrop of Patagonia of 1960 where an intense Nazi physician seeks to get close to a model Argentinean family who reawaken his dark obsession for genetic purity and perfection.

Alex Brendemuhl is chilling as the deadly doctor, though what is more disturbing is the notion of this German community protecting a war criminal and see him as part of a deadly elite.

Based on her own novel, writer/director Lucia Puenzo (whose acclaimed film XXY won the Grand {Prix of Critics Week in 2007) uses rumours and myths around infamous Nazi doctor Josef Mengele, who spent time in the remote Argentine region of Bariloche where he worked as a veterinarian and secretly continued his research buying blood sample of pregnant women.

Puenzo’s fascination with the period and the Argentinean government opening its doors to many Nazi is evident as she impressively crafts an atmosphere of secrecy and mistrust in amongst the German speaking community, some of whom clearly have deep, dark secrets.

The film could have played like a conspiracy thriller, but Puenzo favours subtle and slowly evolving drama, gradually revealing the darker and dangerous character of the seemingly genial German doctor Helmut Gregor (Alex Brendemuhl), who turns out to be Mengele.

He meets an Argentinean family in Patagonia, and intrigued by their diminutive daughter Lilith (a strong performance by newcomer Florencia Bado) follows them on their desert journey to Bariloche where Eva (Natalia Oreiro) and Enzo (Diego Perretti) and their three children are set to open a lodging house on the Nahuei Huapi lake.

With their perfect looks and Eva’s German background (there is an oddly chilling moment when Eva shows Lilith old photographs of her own school days and passes over a picture of children giving Nazi salutes) the family intrigues Mengele, especially when he finds that Eva is expecting twins (he experimented on twins during his time in the concentration camps during World War II).

Unaware of his identity the family accept him into their home, especially when he offers to look at Lilith, who hasn’t grown as much as she should, and also treats Eva. But his secretive behaviour; easy access to money (he offers to fund Enzo in making dolls) and links to more radical Germans in the community lead to Enzo beginning to distrust him.

The drama builds with the arrival of photographer Nora Eldoc (Elena Roger) in the community, who takes a keen interest in the new medical man, making secret reports by telephone in Israeli and viewed with some suspicion by some of the more radical Germans. The drama comes to a head as Eva gives birth to the twins (which Mengele views as his own property) while on television there is footage of wanted war criminal Adolf Eichmann being captured by Mossad agents in Argentina.

Alex Brendemuhl is chilling as the deadly doctor, though what is more disturbing is the notion of this German community protecting a war criminal and see him as part of a deadly elite. The Patagonian locations add a great to the stark and intriguing atmosphere.