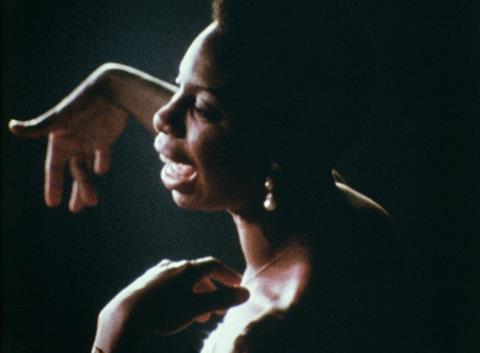 Serving as a handy (albeit simplistic) overview of one of the 20th century’s greatest singers, the documentary What Happened, Miss Simone? does its best to suggest what made Nina Simone such an important cultural and political figure. But the straightforward approach can’t help but reduce an extraordinary life to biopic generalities.

Premiering at the Sundance Film Festival before screening in Berlin, What Happened, Miss Simone? will play in the US on the streaming service Netflix. Perhaps appropriately, then, Miss Simone? feels like a comfortable fit for the small screen, where those curious about Simone’s legacy will find the film to be a helpful primer.

Directed by Liz Garbus (Bobby Fischer Against The World), Miss Simone? draws from concert footage, archival interviews and testimonials from family and friends to paint a portrait of Simone, who died in 2003 at the age of 70. Blessed with an elastic, forceful voice, the African-American artist rose to prominence singing everything from jazz to blues to gospel. As Garbus illustrates, Simone came to prominence just as black leaders such as Martin Luther King, Jr. were fighting for equal rights in the US. Rather than ducking these issues, Simone took them on, whether in interviews or in her music.

As a result, hers was a life electrified by the history she witnessed. (The documentary includes brief footage of the performance she gave during King’s 1965 march from Selma to Montgomery to raise awareness for equal voting rights for blacks.) But if the civil rights movement became a defining aspect of her career, so too were the difficult, abusive relationship she had with her husband/manager Andrew Stroud and the emotional problems that plagued her later years. (She was diagnosed as bipolar and became more erratic as she got older.)

To be sure, this is a rich, multifaceted life, but at just over 100 minutes, Miss Simone? merely scratches the surface, hitting the main talking points without digging deeply enough into any of her different chapters. Garbus and editor Joshua L. Pearson do a nifty job pacing this filmic overview, keeping the proceedings moving along briskly without making the documentary feel glib or superficial. The worst one can say about Miss Simone? is that it feels unnecessarily truncated, chronicling the ups and downs without enough emotional heft to give any of them their due.

But this deficiency is especially problematic because of the depth of Simone’s vocal performances and the cultural significance of her times. A singer known for visceral renditions of her own songs and others’ — which is hinted at in the documentary’s brief but spectacular concert footage — Simone was celebrated for the passion and anguish she carried around with her. By comparison, Miss Simone? is a little too genteel, honouring an iconic artist without necessarily taking her full measure.