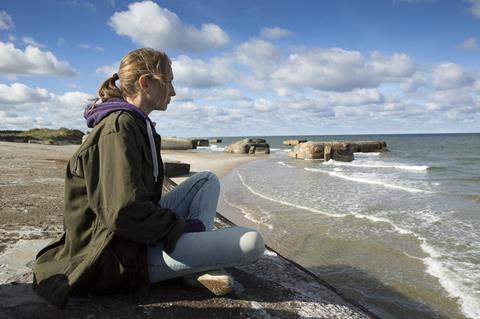 A teenage girl’s awakening sexuality quite literally brings out the beast in her in When Animals Dream (Nar dyrene drommer), an atmospheric fantasy chiller that marks an accomplished feature debut from director Jonas Alexander Arnby.

Her dazed looks and awkward expressions further reflect her nightmare situation and keep Marie a sympathetic figure even as she becomes a blood-hungry monster.

Dubbing it the “Danish werewolf film” as an easy aide memoire should be sufficient to pique the interest of buyers and audiences alike, although this operates on the more

earnest, sophisticated end of the horror genre scale. It may well disappoint those in search of gore and graphic transmutations that are largely confined to the climax.

The most obvious point of reference is Let The Right One In, although this doesn’t achieve a similar balance of horror and heartbreak or find quite the same level of soulful intensity. Arnby’s strategy is to demand our investment in the character and the location, a remote fishing community on the west coast of Denmark, nestled beneath the kind of glowering skies that Turner might have been inspired to paint.

Cinematographer Niels Thastum makes the most of the pale light and stormy seas. Sixteen year-old Marie (Sonia Suhl) has just begun work at the local fish factory. Her workmates are rowdy, her life is uneventful. She is devoted to her mother (Sonja Richter), a seemingly frail woman who never speaks and is confined to a wheelchair.

Her father Thor (Lars Mikkelsen) anxiously monitors her mysterious ailments and administers her medication. Marie has begun to notice changes in her body beyond what can be expected from a normal adolescence.

There is the discolouration of a birthmark on her chest and hair growing where it has no business to grow. The family doctor offers bland reassurance even as the changes become more obvious and alarming.

It does leave several questions hanging, including why the community have been so tolerant towards her mother, how past disappearances in the area have been explained and whether each generation of this werewolf family is destined to find their own human protector.

Marie’s boyfriend Daniel (Jakob Oftebro) seems unusually willing to come to her assistance despite the evidence of eviscerated bodies piling up around him. The trim running time means that this is one of those rare films that leave you wanting a little more rather than watching the clock. Arnby is well served by newcomer Sonia Suhl whose pale alabaster beauty already marks Marie as an outsider.

Her dazed looks and awkward expressions further reflect her nightmare situation and keep Marie a sympathetic figure even as she becomes a blood-hungry monster. A final long sequence on a boat in the middle of the sea carries echoes of Nosferatu. It is a film with that level of ambition and even if it doesn’t come close to the work of Murnau or Tomas Alfredson it is all the more impressive for setting its sights so high.