The Oscar winning screenwriter of The Departed talks to Jeremy Kay about his feature directorial debut on GK Films’ crime drama London Boulevard, starring Colin Farrell and Keira Knightley, which is being sold in the market at Cannes. 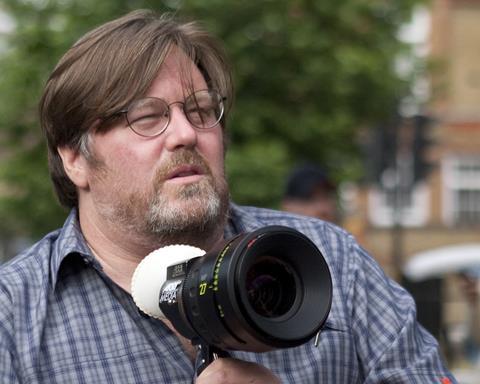 Did the fact that you knew you were going to direct London Boulevard affect the way you wrote this screenplay?

I may have left out a few things because I knew I could talk about to the actors or the departments instead of being as detailed as I usually am.

How have you found your first directing experience?

I find that you’re still creating in the same alpha-state way as you do writing, but you do it with a giant apparatus of very talented people. No artist in human history has ever had it better than a film director, and if you’re good at it, it’s a very good experience. If you’re bad, I expect it’s very stressful.

What has it been like for a writer, whose work is by nature solitary, to be thrust into the heart of the action in a collaborative, social environment?

I was never exactly Emily Dickinson peeking out through the net curtains. I’ve been a professional dramatist for fifteen years now, and drama is a very social and worldly form of art. It’s also an ambitious one. My ideal of a writer when I was younger was Christopher Marlowe having a rapier fight and I wrote like it, too.

Has there been any advice from directors you’ve worked with in the past that has been particularly useful?

No one ever sat down with a large brandy and gave me advice. I’ve been around great directors and I’ve watched carefully, but as I think they would tell you, you learn on the floor, and by watching. I owe a great deal to Ridley not only because he gave me my major start [Monahan wrote the script for Scott’s 2005 action adventure Kingdom Of Heaven] but because of his example of being a certain kind of artist. Martin Scorsese has a gift with actors that I think I picked up on in rehearsals for The Departed. You pick up on bits that may seem unrelated until you have your own command and it all comes together with a fluency one might not have expected.

What project are you lining up after London Boulevard?

I want to get behind a camera again as soon as possible and I’m looking through material now.