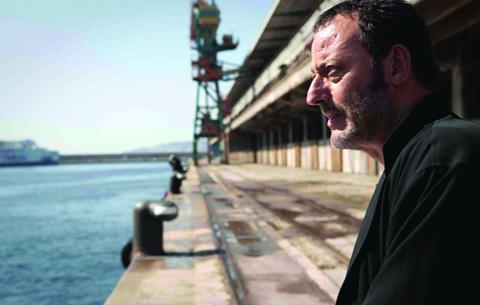 This just in: Join a Mafia-style organization and the only way out is death - but man, oh man, do these Mafia types love their families in those quality moments before getting whacked. 22 Bullets is the florid tale of retired Marseilles Mafioso Charley Mattei (Jean Reno, who is ambushed at close range by eight gunmen, absorbs the title number of slugs and survives.

This is slickly pompous fare for fans of gangland torture and revenge-motivated murders, overlaid with a selective patina of twisted family values and codes of honor.

A major contender for the Yeah, THAT Could Happen award, Mattei’s miraculous recovery was nonetheless inspired by the true attempted slaughter in the 1970s of a still-living French Mafia figure.  And that’s about the only “inspired” thing about the film itself.

This is slickly pompous fare for fans of gangland torture and revenge-motivated murders, overlaid with a selective patina of twisted family values and codes of honour.

What’s deeply familiar is Mattei’s calm and collected revenge mission, picking off each guy who done him wrong. What’s written and rendered with slightly more originality is the role of Captain Goldman (Marina Foïs), a recently widowed cop who’s smarter than her superior and so strikes a vicarious blow for employees everywhere toiling under clueless martinet bosses.

Pouring on fast cuts, tight widescreen close-ups and look-I’ve-got-a-crane shots, director Richard Berry takes his stylistic cues from the classical opera Mattei adores, if you replace every high note with a bullet to the head or chest and every trill with a torture scene.

Marseilles appears to be a place where anybody in the Mob is welcome to whack as many rivals or henchmen as he pleases without too much police interference. (If the police don’t mind lethal internecine strife, you’d think the municipal clean-up crew might.) But Goldman suspects that the same individual who ordered the botched hit on Charley also killed her late husband and ignores instructions to “not make the case personal.”

As Tony Zacchia, an underworld kingpin subject to potent headaches who stutters when angry - which is often - the ubiquitous Kad Merad (Les Choristes, Welcome to the Sticks, Paris 36, Le Petit Nicolas) ostentatiously flaunts his range. Like Foïs, Merad cut his teeth in sketch comedy but also tackles dramatic roles.

Jean-Pierre Darroussin fits the bill as one third of an adolescent trio of budding crooks who solemnly swore their friendship would endure “beyond death.”  It’s kind of a fun moment when one of the three, all grown-up, scoffs “Friends beyond death — that’s the stupidest thing I ever heard.”

Klaus Badelt’s score carpet-bombs the proceedings, which start ratcheted up and stay there, practically all peaks and few valleys.Except, of course, for idyllic scenes in which we learn that cold-blooded killers really, really love their beautiful multi-generational families.Mattei is the kind of guy who can crawl through yards and yards of barbed wire to reach his kidnapped son.  Viewers have to do the equivalent to get to the closing credits.