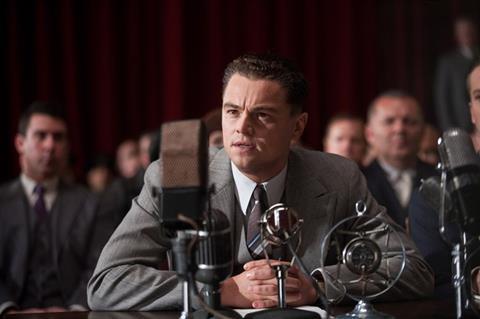 Clint Eastwood’s latest film, a portrait of the controversial FBI founder and chieftain J Edgar Hoover, is both admirable and frustrating, a murky muddle of selective historical moments which comes alive when its compelling human story of sexual repression and dedicated love is at the forefront. Its biggest achievement is to look at recent US history through a personal and distinctively gay lens. In fact, Eastwood delivers the most un-self-conscious depiction of a gay relationship in a mainstream studio movie to date, although gay rights activists will hardly be looking to promote J Edgar Hoover as any sort of role model.

When Eastwood turns his compassionate eye onto the frailties and emotions of his characters, the film flies and reminds us why he remains one of the world’s most vital filmmakers.

Box office prospects are solid. The combined megawattage of Eastwood and his star Leonardo DiCaprio giving a bravura performance that will inevitably win him an Oscar nomination should make it a must-see movie for an older adult crowd, especially in the US. International prospects are less exciting, bearing in mind the distinctly Americo-centricity of the character and the story.

As scripted by Dustin Lance Black, the gay writer who won an Oscar for Milk, J Edgar is very much a look at the man raised by a devoted but domineering mother who struggles with his homosexuality, yet finds a loyal partner in Clyde Tolson, a young buck he nurtures as his closest colleague and lover.

Yes, we also see Hoover as crime-fighting pioneer, PR genius and manipulator, as fame-hungry tyrant and reinventor of history. But the script doesn’t delve too deeply into the darker side of Hoover, who essentially engineered the ugly McCarthy witchhunts and rewrote the rules in surveillance and invasion of privacy.

No, the script requires Hoover to be damaged, somewhat human and not utterly odious. He has to be engaging enough to command the unwavering loyalty of Tolson (played with superb sensitivity by Armie Hammer) and secretary Helen Gandy (Naomi Watts), and, after all, it was his passion for the evolution of forensic science and identification by fingerprinting which changed the face of law enforcement forever.

It covers his battles in the thirties with the Depression-era gangsters with the likes of John Dillinger and Machine Gun Kelly, his passionate and violent suppression of communists and radicals, and dwells in particular on the kidnapping and murder of Charles Lindbergh’s son in 1932 and the arrest four years later, after an exhaustive investigation, of Bruno Hauptmann.

Throughout these episodes, it skips forward 30 years to the 1960s – to Hoover’s relationship with the Kennedys, his contempt for Martin Luther King and the arrival on the picture of Richard Nixon before whose downfall he dies. One of the biggest hurdles for audiences in these extensive sequences is the use of heavy prosthetic makeup on DiCaprio, Hammer and Watts. The makeup may be excellent, but the audience awareness of the illusion can be distracting.

The film’s first hour is problematic and somewhat turgid. Eastwood and his cinematographer Tom Stern decided to shoot in grim desaturated colours and make use of heavy shadows, which hardly helps a muddy narrative that takes a while to cohere.

But in the second hour, Eastwood does what he does so well which is to focus on the characters. The scenes stretch longer and there are some exceptional moments – when Hoover’s mother (Dench) tells him that she would not accept a gay son (“a daffodil”), when Hoover tells Tolson that he plans to marry film star Dorothy Lamour, when Tolson tells Hoover that he should resign with his legacy intact, when Hoover breaks down after his mother’s death and when Tolson arrives at Hoover’s house when he has died.

Indeed, as always, when Eastwood turns his compassionate eye onto the frailties and emotions of his characters, the film flies and reminds us why he remains one of the world’s most vital filmmakers. It’s hard not to tear up when Tolson sobs over Hoover’s body, but Eastwood isn’t making us cry about Hoover in particular. Ever the humanist, he is merely showing one man crying for the loss of his lifelong love.