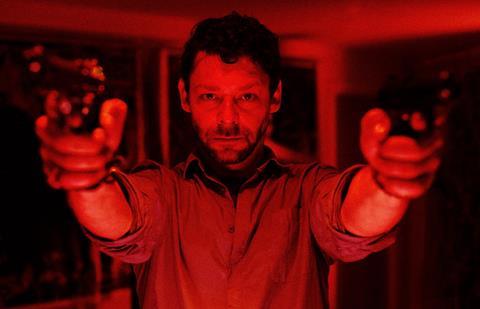 Comparisons are inevitable but Luis Prieto’s briskly efficient, English-language remake of Pusher is unlikely to challenge the supremacy of the 1996 Nicolas Winding Refn original. Prieto has smoothed away a good deal of the searing intensity that established Refn as a talent to watch. That leaves just another slick urban thriller that is perfectly respectable but overly familiar.

The association with Refn could still secure a modest theatrical response domestically when Vertigo release it in the UK in October following a world premiere at the Edinburgh International Film Festival. It lacks the drawing power of name talent or a distinctive enough flavour to give it any kind of edge internationally.

Set in London, the new Pusher sticks closely to the original story as it follows small time drug dealer Frank (Richard Coyle) over a week in which the world seems to turn against him. Betrayed and abandoned, he turns increasingly desperate as he struggles to raise the money he owes to the ruthless Milo (an avuncular, scene-stealing Zlatko Buric repeating his role from Refn’s Pusher trilogy).

The one truly interesting fresh touch is the casting of Richard Coyle as Frank. Coyle offers a more affable, refined Frank than the memorable bull-in-a-china-shop creation of Kim Bodnia. When things start to go wrong he reacts with a weary, stoical anguish, leaving his own stamp on the character.

Screenplay: Matthew Read based on the screenplay by Nicolas WInding Refn and Jens Dahl