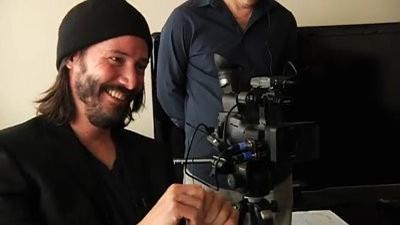 The digital revolution in the film business makes for fascinating and at times challenging viewing in Chris Kenneally’s smart and illuminating documentary that traces the development of digital, its impact on the film business and how the new cinema landscape looks for this new century.

Kenneally smartly takes a straightforward and informative spin on the technology and punctuates his interviews with a fine selection of film extracts.

Produced, narrated and fronted by Keanu Reeves, the film features a series of high-profile interviews from a series of director, cinematographers, editors, colour correctors and historians, and should be a shoe-in for arts television channels, festivals and cinematheques, plus it could appeal to niche distributors.

Initially there is a mild worry the film might be as much about Keanu as it is the interviewees, opening as it does with a montage of shots of Keanu – sporting a beard of different lengths – talking to the great and good of the film industry. But once you get past the fact that it is Keanu doing the interviewing the film settles down to tell its fascinating story.

Though discussion about pixels and chips don’t make for the most audience-friendly of subjects, Kenneally smartly takes a straightforward and informative spin on the technology and punctuates his interviews with a fine selection of film extracts.

From the early CCDs developed by Bell Labs through to the most up-to-date HD digital camera set-ups made by Red and Arriflex, the film follows the increasing impact of digital cameras, before moving on to tackle editing and projection.

Amongst those interviewed are heavyweight supporters of the new technologies – such as James Cameron and George Lucas – set against those still advocating celluloid, such as Christopher Nolan and his regular cameraman Wally Pfister. Astute observations come from the likes of David Lynch (funny as always) and Martin Scorsese, who see the value of both formats, while acclaimed cinematographers such as Anthony Dod Mantle and Vilmos Zsigmond offer astute observations about the practical realities of working on digital. Perhaps the most insightful is director David Fincher, always on hand for a pithy and provocative comment.

It is a fascinating story – especially for those in the business – though to a degree there is an awful lot of history, information and opinion to pack into a modest running time. But in the end, Side By Side makes for compulsive viewing…and you learn to love Keanu’s laidback interviewing technique which helps pull aside the technical terms and focus on the beauty of the final image.