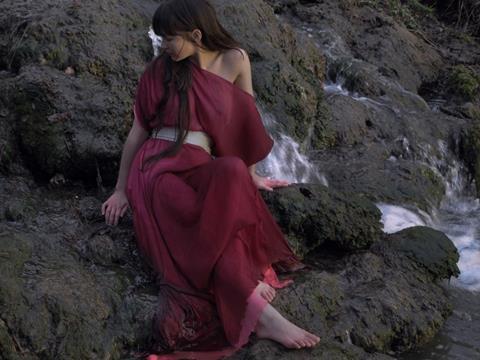 Film festivals may be the only place capable of comfortably accommodating this disjointed adaptation of Charles Perrault’s fairytale which hesitates between an audience of kids and one of adults, finally settling for an art house profile.

Breillat’s picture is evidently her own allegoric portrait of a little girl growing into an adolescent.

Only last year, Catherine Breillat used Perrault as a source of inspiration, but if Bluebeard offered the kind of subject that would be right up her alley, then The Sleeping Beauty is generally perceived as much more sweet and innocent subject. Not in Breillat’s version.

Predictably enough, she indulges in some nudity and sexual explorations, throws in references to anything from Alice in Wonderland to the family of the last Czar of Russia and engages a dialogue with spectators who are willing to appreciate lofty intentions, even when they do not always materialise on screen.

Breillat’s picture is evidently her own allegoric portrait of a little girl growing into an adolescent. At six, her heroine, Anastasia, is still the princess of her family, a spoiled brat who believes there is no reason she should not have her own way at all times, for she is a princess, who invents an imaginary world of her own, with heroes she fall for and villains she defeats, and when she finally comes out of this world into the full bloom of adolescence, she finds out reality is neither as fancy and obedient nor as cheerful as her dreams.

Tying it all up together is the famous tale of the nasty old fairy Carabosse, who attends the birth of baby Anastasia and predicts that when she will reach 16, she will prick her hand and die. Three other fairies, much younger, prettier, nicer but less resourceful than Carabosse and too busy gamboling around in the nude to be at the birth on time, try to sweeten the pill by promising the little girl won’t die, but fall asleep when she is six for 100 years, and will be 16 when she wakes up. Why? “Growing up stinks anyway, better go through it dreaming” says one of the fairies.

An additional bonus for the girl, she is allowed to dream as much as she likes, during her slumber. Sure enough, there is one Prince Charming in the girl’s dreams, and another one when she wakes up, the first unattainable, the second only too real.

Breillat refrains on purpose from using special effects to enhance her image. Her fantasy uses real sets and costumes, designed with plenty of imagination, some lovely landscapes and frequent visual inventions, the plot being split into quite a few separate episodes, some amusing and some pretty stodgy. The visit to a No Man’s Land inhabited by gnomes who won’t take in strangers is certainly appropriate, the sight of a fawn carrying a little girl on its back through vast frozen landscapes is pretty breathtaking, while cinematographer Denis Lenoir contributes some carefully framed and lighted painterly references he is entitled to be proud of.

Neither Carla Besnainou as six year-old Anastasia nor Kerian Mayan as Peter, her imaginary Prince Charming, are more than only adequate, while Julia Artamanov as the older version of Anastasia and David Chausse as Johan, Peter’s great grandson (after all, 100 years have gone by between the dream and its implementation) are a really handsome couple, but nothing more than that.