1: LIfe On The Limit 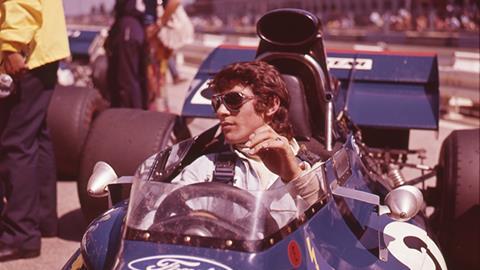 Hard on heels of petrolhead drama Rush, and not so long after Asif Kapadia’s acclaimed documentary Senna, comes 1: Life On The Limit (released as simply 1 in the US) which sheds more fascinating light on the turbo-boosted excitement of Formula 1 motor-racing.

The film is delightfully narrated by Michael Fassbender, who brings a nice balance of intelligence, and enthusiasm, though its greatest strength is the plethora of exciting racing footage.

But unlike the other two films which focused on specific events and time periods, Paul Crowder’s impressive film take a broader view of the sport, tackling the thrills, spills, deaths and glory as it tracks the origins from the 1930s through to Formula 1 of the 21st century, a multi-billion dollar sport beloved of millions.

A strikingly well assembled film, 1: Life On The Limit truly immerses itself in Formula 1, and unlike more niche films such as Senna it is without a specific personality or car focus, and therefore offers a broad and fascinating overview of the sport, punctuated with pulse-pounding footage and interviews with racing greats.

The film kicks off at the 1996 Melbourne Grand Prix and a crash involving British driver Martin Brundle that sees him escape unscathed and like others involved in the incident ready to be involved in the re-started race, bringing into sharp focus the safety developments in a sport that was once littered with driver fatalities.

Tracking through classic images from racing in the pre-and-then-post-war periods the film brings into sharp focus the era of the 1960s and ‘70s when battles between Ferrari and Lotus raged and when drivers such as dapper Graham Hill became stars. But while there is plenty of focus on the charismatic drivers, the film also dwells on drivers who died in a period when safety was not as stringent as it is now.

The film details the development of a drivers’ union amidst increasingly commerciality for the sport, but never loses track charismatic icons who are at the heart of Formula 1. The film is delightfully narrated by Michael Fassbender, who brings a nice balance of intelligence, and enthusiasm, though its greatest strength is the plethora of exciting racing footage.