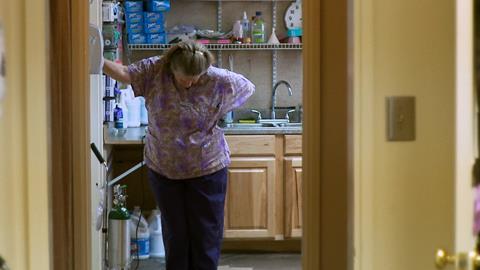 A sympathetic portrait of the last four remaining doctors in America that provide third-term abortions—and the women who seek their services—After Tiller presents its extremely divisive and controversial subject matter with remarkable sensitivity. While it won’t gain favor with the Catholic Church, this mostly straightforward documentary admirably explores the fine nuances and specifics of these physicians’ lives and the difficult decisions that they and their patients make. As one of the doctors, the grandmotherly Dr. Susan Robinson, admits under her breath, “No one wants a fucking abortion.”

All four of these doctors’ lives are at risk, but After Tiller doesn’t dwell on the dangers; instead, the film addresses their quotidian struggles, helping patients through this most traumatic experience, which has become increasingly politicised and demonised in American life.

With its hot-button subject matter, handled with care, After Tiller will likely find limited theatrical and VOD opportunities, followed by a healthy US cable broadcast, as well as some international television play.

After an opening news montage, highlighting the lightning rod issue as covered by the likes of MSNBC and Fox News, After Tiller—named for George Tiller, the abortion doctor who was assassinated in 2009—shrewdly retreats inside the doctor’s offices, where one physician comforts a woman on an operating table.

Then the film shifts to an intake room, where we hear the heartbroken voices of two women, and their partners, discussing their painful decision to abort their fetuses, after discovering prenatal abnormalities late in their pregnancies. And a third woman, speaking to another doctor, was raped. By foregrounding these particular stories, After Tiller offers late-term abortion cases that may be a little easier for audiences to digest. (Later in the documentary, some of the examples enter fuzzier moral gray zones.)

These early scenes, of crying mothers, clinging at tissues, wracked with guilt and grief, are the film’s most powerfully affective moments. The filmmakers’ cameras never show the patients, oftentimes shooting over their shoulders, focusing instead on the doctors’ sympathetic faces. While the aesthetic choice may have been for privacy purposes, the result is powerfully restrained, avoiding what could have appeared melodramatic or exploitive.

The four doctors themselves make for compelling documentary characters, as well, though first-time co-directors Shane and Wilson, tipping their hand a bit too much, show them without faults.

Nebraska-based Dr. LeRoy Carhart, who worked closely with Tiller, contends with an increasingly obstructive state legislature, which passes the “Fetal Pain” Act, and forces him to relocate to another state. Seventy-four-year-old Dr. Warren Hern, the oldest, is a pragmatist who sees his job as a public health issue, staving off illegal, backroom abortions, while trying to rebuild his own family life. Dr. Susan Robinson, a sweet-natured older woman, who says “okey-dok,” speaks defiantly for the rights of women to make their own decisions. “Women are capable of wrestling with complex ethical issues,” she says.

And lastly, Dr. Shelley Sella, the youngest late-term abortion provider, is a married lesbian who offers the most candid and complex assessment of her job. “I think of them as babies,” she says in a startling admission. “I don’t think of them as fetuses.” But Sella argues this fact makes her take the work all the more seriously, and ultimately, doesn’t disavow the harsh reality that there are women who can’t handle their pregnancies.

All four of these doctors’ lives are at risk, but After Tiller doesn’t dwell on the dangers; instead, the film addresses their quotidian struggles, helping patients through this most traumatic experience, which has become increasingly politicised and demonised in American life. It may not make for the most sensationalistic account of the issue, but it’s probably one of the most humanistic.