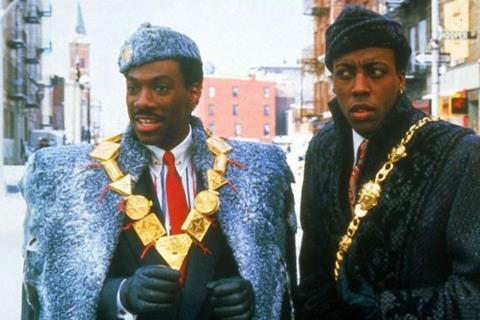 Amazon Studios has confirmed it has acquired worldwide rights from Paramount to Coming 2 America and will debut the comedy on Prime Video on March 5, 2021.

The move comes amid the pandemic and marks the latest tentpole to leave the Paramount fold after The Trial Of The Chicago 7 went to Netflix, which also took the studio’s Lovebirds.

Eddie Murphy plays newly-crowned King Akeem of Zamunda, the pampered former prince from Paramount’s 1988 gobal hit, who along with his trusted confidante Semmi (Arsenio Hall) embarks on a globe-trotting adventure that takes him back to New York.

Craig Brewer directs the film from Paramount Pictures in association with New Republic Pictures, and Murphy Productions and Misher Films.