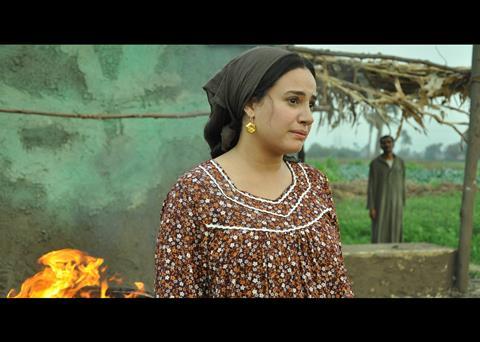 An Egyptian drama which deals in an accessible way with the issue of AIDS in the sexually-secretive societies of the Middle East, Asmaa makes powerful points which should easily play across its home region. But this well-acted, broad-based passion project also seems assured of wider theatrical exposure through Paris-based Pacha Pictures.

Asmaa makes its points clearly and firmly, reminding us that the issue of AIDS still has many borders to cross.

AIDS may be the fuel in Asmaa’s engine, but director/writer Amr Salama doesn’t hesitate to take on board the position of Muslim women in society, following on from Cairo 678, which was also produced by Egypt’s New Century.

As such, international interest will perhaps initially be led by the Diaspora, but the issues of the Arab Spring regarding personal empowerment in a changing society are also explored in this film, and should attract interest. Salama, who collaborated on Tahrir 2011: The Good The Bad And The Politician, blends a populist approach and pacy tricks - much cross-cutting and colour coding - with more subtle emotional notes in this story which is partly based on a real-life tale which had a far more tragic outcome.

Salama wrote Asmaa’s script with actress Hend Sabry in mind, and she makes the most of the opportunity to deliver a strong lead performance as Asmaa, a 45-year-old woman living in Cairo with her father Hosni (Sayed Ragab) and daughter Habiba (Fatma Adel).

In a dramatic introduction, Asmaa is wheeled into an operating theatre where she is urged to stay quiet. Salama intercuts this with a support group meeting for AIDS sufferers, where it emerges that Asmaa is a-symptomatic but will die from a gall bladder complaint if doctors continue to refuse to treat her because of her HIV-positive condition. And refuse, they do.

Asmaa, a humble and devout Muslim widow, works as a cleaner in Cairo airport and struggles to support her family; her daughter does not know anything of her mother’s plight and stays out late at night, while her father never leaves the couch. Flashbacks begin to paint a picture of stubborn Asmaa’s humble rural background as a carpet weaver and doomed marriage to Mossaad (Hany Adel), but whatever the situation she finds herself in, the increasingly-ill Asmaa is resolute in her refusal to reveal how she contracted the virus.

Asmaa is offered a chance to change things - for herself, and perhaps for others - by appearing on a powerful TV chat show hosted by Mohsen (Maged El Kedwany); the producers tell her that if she makes a personal plea, a doctor may step forward and volunteer to operate. There is one condition however: Mohsen insists she shows her face.

This will-she or won’t-she tension helps propel Asmaa forward over some troublesome moments of high drama, particularly in Asmaa’s home village, and Salama keeps a firm hand on the edit whenever the pace threatens to slacken, cross-cutting back to Cairo and a budding potential romance with fellow patient Shafiq. Strong visual motifs such as Asmaa’s highly-coloured past, the greys of modern-day Cairo, and the warm orange hues of the support group, can be a little over-played, however, but Asmaa makes its points clearly and firmly, reminding us that the issue of AIDS still has many borders to cross.