The Toronto Film Critics Association has selected the director of Water to receive its Technicolor Clyde Gilmour Award. 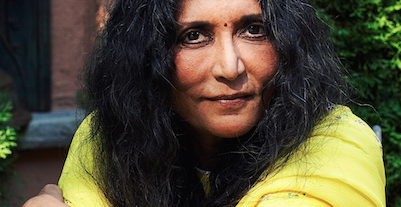 Mehta will endow $50,000 in services to a filmmaker of her choosing and is expected to announce her designate in the days to come.

“Being chosen by the Toronto Film Critics for the Technicolor Clyde Gilmour Award is gratifying, unexpected, and genuinely touching,” said Mehta. “It’s a great feeling.

“The relationship between artists and critics can certainly be fractious, but in a strange way we are inextricably connected – we all have a passion for movies (well not all movies) and value it when they make a contribution to increasing our understanding of each other and reveal the foibles of human existence.

“I admit that I am sometimes strongly opposed to the views expressed by some critics and perhaps am too vocal at times about my disagreements. This makes this award even more precious to me.

“I wanted to add that Technicolor, who sponsors this Award and lets me ‘give’ $50,000 in services to a fellow filmmaker (how great is this!), has worked closely with me on many of my films with a generous, flexible understanding of the inner workings of movie making.  I am really delighted to be associated with them as part of this award.”

“Deepa Mehta has expanded the horizons of Canadian cinema with intrepid vision,” said TFCA president Brian D Johnson. “In a career spanning 25 years, her films have crossed boundaries between continents and cultures, genres and genders.

“As a fiercely independent female director, with a canvas that ranges from brutal injustice to Bollywood delirium, she’s shown there’s no limit to where a Canadian movie can go.”

Mehta warned an Oscar nomination for Water. She began her career making documentaries in India where she was born and moved to Canada in 1973.

Her credits include Fire, Earth and Midnight’s Children and her most recent film, Beeba Boys.