Screen previews the Berlinale’s premieres in this year’s Panorama section. 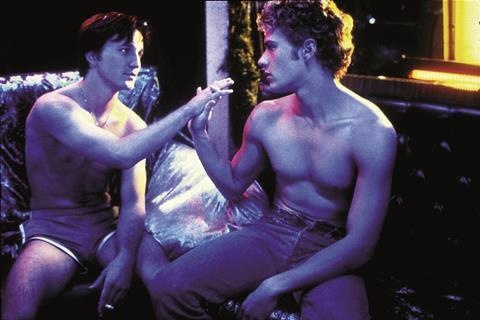 Nearly 17 years after it was released by Miramax, Christopher has recut his disco-era story set against the backdrop of the Studio 54 nightclub in New York. The film, starring Ryan Phillippe and Mike Myers, was a flop in 1998 but this version promises to be more in line with the director’s initial vision.

Shot around the Arizona-Sonora border and directed by Ripstein — grandson of legendary Mexican producer Alfredo — 600 Miles stars Tim Roth as a veteran ATF agent who becomes embroiled with a young Mexican gun-runner.

A Minor Leap Down (Iran-Fr)

The directorial debut of the co-writer of Majid Barzegar’s well-received Parviz, A Minor Leap Down is a drama about a pregnant woman who realises her baby has died but does not tell anyone. Negar Javaherian and Rambod Javan star in the film, which is produced by Barzegar.

A young French boy takes refuge in a Brooklyn cabaret bar in this feature by Faure (Chaos, To The Extreme). With Pierre Prieur and Adrian James.

Boonyawatana makes his feature debut with the story of a bullied gay boy who is befriended by a mysterious stranger on the internet.

A film that examines the painful truth of attraction, Butterfly is two stories set in parallel universes about a young man and woman whose actions in one life begin to impact on the other. Ailin Salas and Javier De Pietro star.

This tense drama centres on a couple (Pilar Gamboa and Juan Barberini) who bring $100,000 in cash to pay for an apartment. When the seller does not appear, the couple’s relationship is tested.

How To Win At Checkers (Every Time) (Thai-US-Indo)

Kim’s directorial debut explores life in Thailand for those who live on the fringes of society. How To Win At Checkers (Every Time) is the story of an orphaned boy and his attempts to prevent his older brother being drafted into the military.

The Last Summer Of The Rich (Aust)

Viennese high society is the subject of this satire by prolific actor and director Kern. Amira Casar stars as a leading financier who confronts her family and her past. Kern was last at Berlin in 2001 with his short film Fifty-Fifty.

Love, Theft And Other Entanglements (Pal)

Shot in black-and-white in Jerusalem and Bethlehem, Love centres around a young Palestinian who steals a car only to find an Israeli soldier imprisoned in the boot.

The debut feature from 23-year-old Shongwe-La Mer follows a group of young South Africans growing up in the suburbs of Johannesburg. A 45-minute version of the film was selected for the Locarno Filmmakers Academy and Venice’s Final Cut programme in 2014.

New York-based Fukunaga makes his feature debut with the story of a Liberian rubber plantation worker who risks everything to start a new life as a cab driver in New York.

Journalist and short film-maker Magee makes her feature debut with this drama about a pregnant, single Texas teen who loses her baby and is forced to reappraise her life.

Director and co-star Kudryashova (Liza’s Morning) won the work-in-progress award at Les Arcs European Film Festival in 2014 for Pioneer Heroes (Pionery-Geroi), a tale of Russians who grew up during the collapse of communism and are now unsatisfied thirtysomethings.

Chang, who was at Berlin with Soul Of A Demon in 2012, returns to the festival to unspool Thanatos, Drunk (Zui Sheng Meng Si), a drama about two brothers — one straight, one gay — who are coping with their mother’s death.

Von Praunheim was awarded the Berlinale Camera in 2013 for his contribution to German cinema. His latest film is based on the life of former karate champion Andreas Marquardt and his campaign against child abuse.

This drama is inspired by the real-life story of an idealistic Romanian prosecutor who committed suicide at the age of 29 after becoming embroiled in a politically sensitive corruption case. Producer-director Giurgiu’s film was developed at the Berlinale Co-Production Market.