Bono hails 'Street' that has a name

Talk about praise from above. In a memorably generous appraisal, none other than U2 frontman Bono himself said on Wednesday that the cast of Sing Street are even better than the real thing. 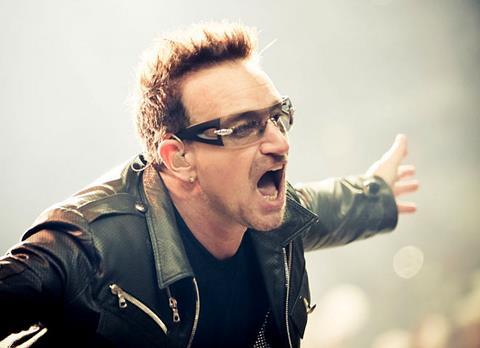 “In truth, at the same stage, U2 were not as good as the kids in Sing Street,” the Dublin-born songsmith gushed on the band’s official website. “In truth most films you’ll see this year won’t touch Sing Street…”

John Carney’s film is currently in release in the US via The Weinstein Company and Bono’s words are the kind of publicity even Harvey Weinstein, never shy of a plug or five, could have dreamed of.

Bono and The Edge were originally going to write music for the film but in the end it sounds like that wasn’t such a bad thing.

FilmNation handled international sales on the yarn about youngsters forming a band in 1980s Dublin.

Bono’s full post read: “I remember the 1980s with somewhat of a blush. No man’s hair should be bigger than his girlfriend’s. But that was the time. Dublin in Technicolor.

“In reality it was monochrome and in the grip of a recession, But on video tape, you could be transported. You could wear what you liked, and the more outrageous the better. Anything to wind up the jackbooted skinheads on Dublin’s north side. Make-up on a boy drove rockers wild, and the teachers wilder.

“Thank God for Bowie, who made all the black eyes okay. And allowed people to find out who they were.

“My brother gave me the gift of music through my first guitar. We formed a band. In truth, at the same stage, U2 were not as good as the kids in Sing Street. In truth most films you’ll see this year won’t touch Sing Street…”