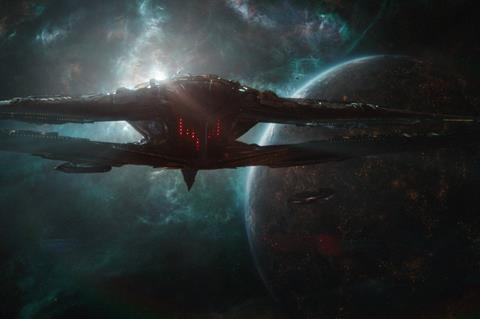 MAY 6 UPDATE: After destroying the North American opening weekend box office record, Avengers: Endgame followed that up with the second highest second weekend ever as $147.4m propelled the running total to $621.3m.

The Marvel Studios smash ranks just behind 2015 release Star Wars: The Force Awakens ($149.2m) in the second weekend pantheon, and stands as the ninth highest release of all time in North America. It overtook Star Wars: The Last Jedi on $620.2m and on Monday will surpass The Avengers on $623.4m to rank seventh. Endgame is knocking on the door of the elite $700m-plus club occupied thus far by only three films – Star Wars: The Force Awakens on $936.7m, Avatar on $760.5m, and Black Panther on $700.1m.

While Endgame continued to storm ahead, there were mixed fortunes for a trio of new releases. The $8m thriller The Intruder starring Michael Ealy, Meagan Good and Dennis Quaid led the way on a solid debut through Screen Gems in second place on $10.9m from 2,222 theatres.

Rom-com Long Shot starring Seth Rogen and Charlize Theron opened at number three on $9.7m from 3,230 venues, and tells of a journalist who reunites with his first crush, who is now running for president. STX’s first original animation Uglydolls disappointed in a number four launch on $8.6m from 3,652. It reportedly cost $45m to produce excluding marketing costs. Kelly Clarkson, Nick Jonas, and Pitbull are among the voice cast.

Top 12 box office reached $195.1m after a 51% drop against last weekend’s record-breaking heroics, and gained 20.4% on the corresponding weekend in 2018, when Avengers: Infinity War stayed top to reach $453.1m in its second session.