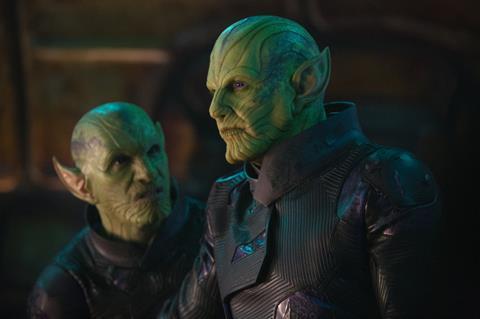 Captain Marvel stands at shot at reaching the $900m global box office mark by the end of the weekend as it enters its third session on $825m as the 16th highest superhero film of all time on the box office pantheon.

Through the end of Thursday (21) the Marvel Studios tentpole stood at $538.6m internationally, and $286.4m in North America. Industry insiders said on Friday that while there was a chance the film starring Brie Larson would hit $900m, it was likely to at least cross $895m.

Walt Disney Studios Motion Pictures International executives reported that China remains the lead market on $138.8m. Next comes South Korea on $38.2m through the end of Thursday, followed by the UK on $34.3m, and Brazil on $27.1m.

Bohemian Rhapsody opens in China this weekend and it will be intruiging to see how local audiences receive the Freddie Mercury drama, which reached $664.8m through the end of Tuesday through Disney-owned Fox International.

Warner Bros Pictures International’s The LEGO Movie 2: The Second Part has amassed $71.7m and executives will look to build the foundations of sold performances in China and Australia where it launches this weekend. Aquaman stands at $812.2m, The Mule $61m, and A Star Is Born $218.4m.

Universal Pictures International launches Us, Jordan Peele’s recent SXSW world premiere and follow-up to Get Out, day-and-date with North America in 48 markets including the UK, France, Germany, Spain and Brazil and it is expected to generate a total gross in the low teens.