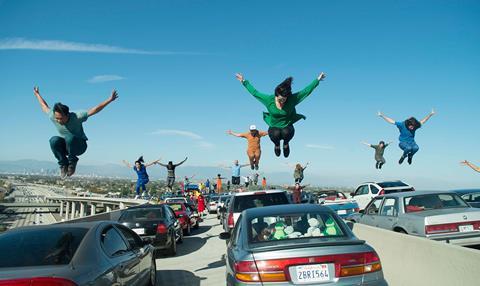 Tsui Hark’s fantasy sequel Journey To The West: The Demons Strike Back dominated Chinese New Year last weekend and added a further $35.3m over the weekend to reach $202m.

The musical opened in Mexico on $2.2m and climbed to $8.2m in France where it ranks second after two weekends. Italy has generated $4.6m after two, Germany $7.7m after four.

La La Land stands at $30.2m in the UK after four seesions and overtook The Hunger Games in local currency (£24m) to rank as Lionsgate’s fourth biggest release. The next debuts are China on February 14 and Japan on February 24.

Brazil led the way with a $2.7m number one launch, followed by Mexico, where the film ranked second on $2.2m. Russia delivered second place on $1.9m and France fourth place on $1.4m.

Vin Diesel and friends ventures in South Korea and China this week and Japan on February 24.

Monster Trucks grossed $2.4m from 29 markets including four new openings, among them Vietnam on $642,000 including paid previews. The international tally has reached $26.6m.

Allied stands at $73.6m and the wartime romantic thriller arrived in Japan this week and Brazil on February 16.

UPDATED: M Night Shyamalan’s thriller Split climbed to $43.4m on the back of a $14m session from 41 territories that elevated the global tally to $141.9m.

The horror release arrived in 10 territories and scored a $1.4m number one debut in Taiwan for a personal best for the director. It opened in Israel at number two on $184,000.

The next major releases are China on February 17, Russia on March 2 and Japan on March 17

Legendary’s The Great Wall brought in $6.1m from 33 territories for $48.2m. It opened top in Mexico on $2.4m heading into a national holiday on Monday and combines with the film’s $171m tally in China for an overall international running total of $219.2m.

Amblin Entertainment and Walden Media’s controversy-hit A Dog’s Purpose, which Universal is distributing in 20 territories, grossed $2.9m from 10 for an early $7.8m. Combined with the Mister Smith territories, the international total is $9.7m and the global haul stands at $42.3m.

Oscar contender Manchester By The Sea, which Universal is distributing in 11 territories, grossed $1.7m in nine territories to reach $5.8m.

Oscar frontrunner La La Land, which Universal is distributing in Spain, ranked third in its fourth session on $1.4m for $9.6m. Loving opened in the UK at number 12 on $297,000.

UPDATED: Resident Evil: The Final Chapter grossed $16m from 57 markets – including $1.3m from the Constantin and Metropolitan markets – to reach an early $91.7m and set course to cross $100m early in the week.

Russia’s Attraction (Prityazhenie) continued the tradition of strong local performers as it held firm at number one on $4.5m in its second session for $12.9m.

Tsui Hark’s fantasy sequel Journey To The West: The Demons Strike Back added $1.2m in China to stand at $5.8m from its seven Sony markets.

T2 Trainspotting added $3.6m in the UK for $13.3sm after two and expands worldwide after its February 10 screening at the Berlinale.

Another sci-fi, Passengers, grossed $1.6m from 50 markets as the international running total soared to $195.2m including $13.1m from the Village Roadshow markets.

UPDATED: Oscar nominee Hidden Figures grossed $4.5m from 29 markets this weekend, with 18 new markets among them as the early tally climbed to $8.1m.

Miss Peregrine’s Home For Peculiar Children opened on $2.4m in Japan and the international tally stands at $202.3m.

Adventure romance The Space Between Us opened on $1m in 10 markets including Russia, Malaysia and Turkey. The drama scored $450,000 in seventh place in Russia and arrives in the UK, Germany and the Middle East this week.