UPDATED MARCH 9: The Wachowskis’ sci-fi surged past $100m thanks to a $23m China debut from 7,028 screens to deliver the studio’s fifth biggest three-day debut. 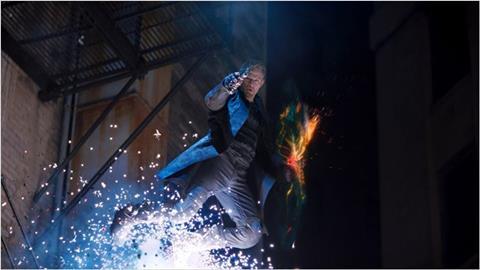 The film added $15.9m in its second weekend in China where it has grossed $40.8m (RMB$255.8m) to become already the second biggest Disney or Pixar release in the territory behind Frozen’s RMB$297m.

Russian comedy-drama Dukhless 2 opened at number one in its home country on Thursday and amassed $3.8m from 1,040 for the weekend to finish 41% ahead of the 2012 original.

Legendary’s Seventh Son, which Universal Pictures is releasing everywhere except China, stands at $63.1m following a $1.9m weekend boost. Including China’s $25.5m the tally is $88.6m.

Italian drama Nessuna Si Salva Da Solo opened in Italy on Thursday and ranked second for the weekend on $1.5m from 360 venues.

South Korea led the way on a $4.5m number one hold from 626 in the fourth session to reach $31.6m and overtake X-Men: Days Of Future Past to become Fox’s second biggest title ever behind Avatar.

DreamWorks Animation’s Penguins Of Madagascar added $1.4m from 622 screens in 26 markets for $284.4m and has grossed an exceptional $9.5m in Venezuela after four weekends.

In its second weekend The Second Best Exotic Marigold Hotel added $5.6m from 1,408 in nine for $21.1m with releases in a further 57 territories lining up for spring.

Chappie opened day-and-date with North America and made off with $13.7m from 53 markets. The sci-fi action film starring Hugh Jackman, Sigourney Weaver and Sharlto Copley as the voice of Chappie arrived in Russia on $2.1m from 1,213 screens.

Paramount recorded its biggest launch ever in Israel on $854,000 from 27 sites that the studio said was four times bigger than that of Oscar winner Big Hero 6.

It next opens in France this weekend.