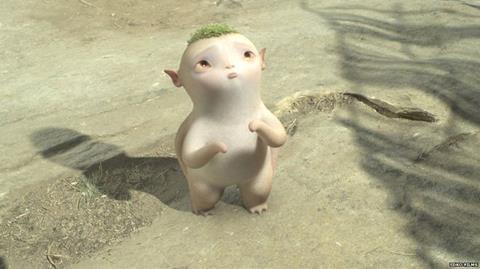 UPDATED: Monster Hunt continued to benefit from an absence of foreign competition as China’s summer Hollywood blockade enabled it to stay atop the international box office and power its way to record heights. Rentrak numbers issued on Sunday showed the film had reached $211m.

Raman Hui directed the live-action/animation, which according to Rentrak added an estimated $46m over the weekend to stay ahead of Universal Pictures International’s Minions and retain first place.

Choi Dong-hoon’s South Korean espionage tale The Assassination grossed $19.5m to reach $23m. Gianna Jun, Lee Jung-jae and Ha Jung-woo star in the film, set in Shanghai and Seoul during the Japanese occupation in the 1930s.

UPDATED: Universal Pictures and Illumination Entertainment’s Minions used a confirmed $66.1m worldwide weekend to reach $761.9m, overtaking Shrek Forever After on $753.9m to rank as the tenth biggest animation of all time worlwide.

Strong holds saw the film retain pole position in France and Venezuela for the third week in a row and in Germany, Austria, Argentina and Chile for the fourth week in a row. A $57.6m running total in the UK positions it as the tenth biggest ever animation release.

There are seven territories to go in the next two months including South Korea and Japan this week, Italy on August 27 and China on September 13.

UPDATED: In its second weekend Marvel Studios’ Ant-Man added a confirmed $36.2m from 48 territories and vaulted to $121.2m. The global haul stands at approximately $227m.

Ant-Man produced the seventh biggest debut ever in Vietnam.

Insidious: Chapter 3 grossed $1.5m from 26 markets to stand at $55.2m and $63.9m through all distributors. According to SPRI the film ranks as the top international horror release of the year-to-date in terms of international running total.

Russia is the biggest market on $5.8m, followed by South Korea on $5.4m and Mexico $4.7m. Insidious: Chapter 3 debuts in Brazil this week.

UPDATED: YA adaptation Paper Towns expanded its footprint and amassed a confirmed $7.5m from 3,905 screens in 39 markets to reach an early $15.6m.

UPDATED: Magic Mike XXL used a $6.2m weekend haul from 2,612 screens in 42 markets to climb to $39.9m. The film opened at number two in Germany on $2.8m from 436 screens including previews. The UK remains the lead market on $9.8m followed by Australia on $8m. It opens in Brazil this week.

Southpaw grossed $3.5m from unspecified territories, according to Rentrak.