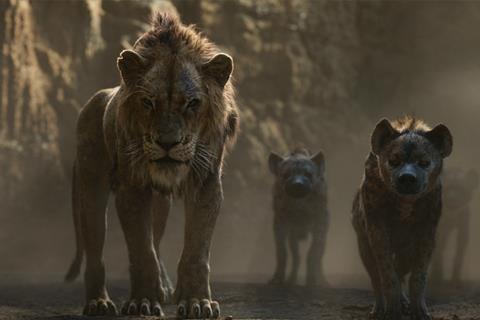 The Lion King will cross $1bn in worldwide grosses on Tuesday (30), becoming Disney’s fourth film of the year to do so after Avengers: Endgame, Captain Marvel, and Aladdin.

Over the weekend Disney set a $7.67bn industry record for worldwide box office in a calendar year – after seven months – as it targets $10bn in worldwide ticket sales by the end of 2019. Still to come from the studio this year are Frozen 2 and Star Wars: The Rise Of Skywalker, both of which could reach $1bn as well.