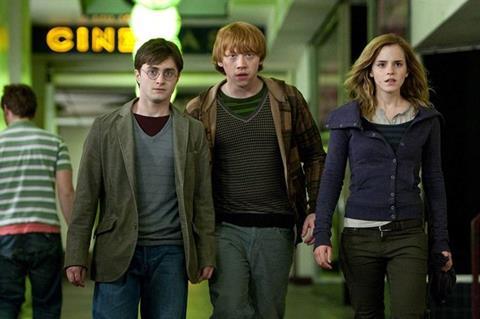 The impressive haul makes Warner Bros.’ seventh episode in the franchise the biggest international opener in 2010 and the fourth biggest ever, behind Pirates Of The Caribbean: At World’s End ($251m), Harry Potter And The Half Blood Prince ($237.1m) and Spider Man 3 ($231m).

The seventh instalment in the blockbuster franchise opened in France and French-speaking Switzerland yesterday and reaches Hong Kong and South Korea on Dec 16.

Warner Bros. scored a one-two at the top of the chart with comedy Due Date holding on to second place after grossing $9.4m from 38 territories for a total of $61.5m.

Sony/Summit’s Resident Evil: Afterlife re-entered the international chart in third place after opening in China on an estimated $5m. The impressive resurgence takes the popular action-thriller’s total to $225.6m, making it the 11th-biggest international grosser and the 18th-biggest global grosser of 2010.

Last week’s number one title Unstoppable fell to fifth on the chart. Fox’s action-adventure took $7.7m in 41 territories, a 59% decrease in its week-on-week profit.

With few titles daring to challenge Harry Potter at the box office, there were only two other top 40 new openings this week. UTV’s Hindi Romance Guzaarish entered the chart in ninth, making $5.1m from 970 screens  in 19 territories.

Lionsgate’s thriller The Next Three Days was the week’s final top 40 new entry, debuting on $1.6m from only four territories. Russell Crowe and Elizabeth Banks star in writer-director-producer Paul Haggis’ story about a married couple whose life is turned upside down when the wife is accused of murder. The Next Three Days is released in Scandinavia this weekend, Brazil on Dec 24, the UK on January 7 and Germany on Jan 20.