Eat Pray Love stole the limelight on the international stage over the Oct 08-10 weekend. 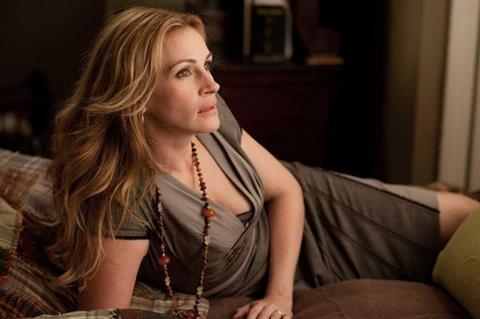 Sony’s comedy-romance, now in its sixth week, took $18.5m from 4,289 screens in 55 territories for a $64.8m total. The 33% week-on-week improvement came after openings in Belgium, Russia, Australia, Greece, Netherlands, Singapore and Turkey.

Universal’s Despicable Me climbed to second place on the international chart after grossing $17.8m — a 43% upturn — from 3,584 screens in 33 territories. While the comedy-animation has been among the top 20 international performers since its early July release, second place is its highest rank. Despicable Me has now taken $137m, making it Universal’s second highest grosser of the year behind Robin Hood.

Warner’s Legend Of The Guardians: The Owls Of Ga’Holle also saw a decent improvement on last week, moving from eighth to third on the chart after posting a 23% upturn in box office. In its third week Zack Snyder’s fantasy-adventure took $11m in 37 territories and opens in Germany this week, Spain and UK next week and in France on the Oct 27.

Jose Padilha’s action sequel Elite Squad 2 debuted in sixth place after opening impressively in Brazil, grossing $8.3m for and a week high screen average of $12,581. As previously reported in Screen, the local debut was the fifth biggest of the last ten years in the country.

Fox’s Knight And Day was the week’s biggest improver after re-entering the chart in eighth position after a second placed, $6m opening weekend in Japan and a fourth placed, $1.2 opening in Italy, for a $161.6 total.

Another strong comeback story was Step Up 3-D, which leapt 21 places from 34 to 13 after a $3.3m opening in Italy. The dance-based drama has now taken $116.5m, a step up on both previous instalments in the franchise.

Finally, Sony’s The Social Network opened in five territories for a $3.2m total. The hotly anticipated drama about the creators of Facebook rolls out across October and November.