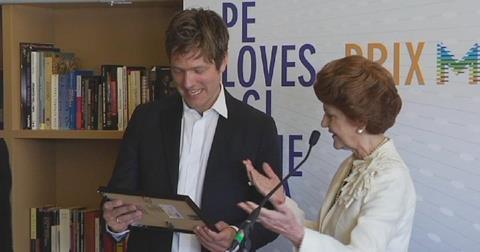 The European Commission (EC) has dropped its MEDIA Prize, presented during the Cannes Film Festival since 2012.

The Prize had been awarded by a jury of independent experts, the EC and the Education, Audiovisual and Culture Executive Agency (EACEA) to the best project with box office potential from applications submitted for MEDIA development support.

The prize has previously gone to Asghar Farhadi’s The Past, which played in Competition in Cannes a year later in 2013; Thomas Vinterberg for his project The Commune; and Bosnian director Danis Tanović for What Are You Looking At?.

But despite discontinuing the award, there are talks underway with the European Parliament and European Film Academy to replace the prize with a new audience award.

Speaking exclusively to Screen Daily, an EC official said: “The European Commission considers that a unique European film prize, able to build on a more active participation of the European audience and, at the same time, to have more visibility in the press, would highly benefit European cinema.

“For this reason and in order to better focus energies and resources, the MEDIA Prize has been discontinued and talks are currently being held with the European Parliament and the European Film Academy in order to create a common and unique ‘European Audience Film Prize’ as from 2016.”

During its short life, the MEDIA Prize made very little impact outside of Cannes industry circles.

Prior to the MEDIA Prize, the EC had used Cannes as a platform for the MEDIA European Talent Prize which was awarded to “filmmakers who display outstanding European potential”.

In 2010, this award went to film-maker Pawel Pawlikowski for a project then known as Sister of Mercy, which later became internationally acclaimed as Ida.

The European Film Academy - which also confirmed the ongoing talks to Screen Daily - already has its own experiences of organising pan-European audience awards such as the People’s Choice Award and the European Film Academy Young Audience Award, the latter presented last weekend by young audiences across Europe to Gabriele Salvatores’ The Invisible Boy.

In spite of the talks with the EC and the European Film Academy, the European Parliament (EP) is holding true to its own European film award, the LUX Prize.

Founded by the EP in 2007, the LUX Prize has become a quality label supporting European films by providing subtitles in the EU’s 24 official languages for the three finalists as well as producing educational flyers and adapted versions for visually and hearing impaired citizens.

In addition, the LUX Film Days were launched in 2012 to bring the three finalists closer to European audiences across the EU’s 28 Member States through collaborations with such film festivals as Tallinn’s Black Nights Film Festival, the Viennale, and the Thessaloniki Film Festival and cinemathèques or theatres.

In his report on European film in the digital era presented in the EP’s plenary session last week, MEP Bogdan Wenta argued that “in the context of current economic, political and social crises, which also threaten arts, culture and film, the LUX Prize offers a solid springboard for European creativity. Its power to communicate cultures across cultures makes film the ideal instrument of debate on Europe and its future.”

Austrian-born Harald E. Trettenbrein (pictured) will officially become the successor of Sari Varitainen as Head of the Creative Europe - MEDIA Unit at Brussel’s Education, Audiovisual and Culture Executive Agency (EACEA) as from May 16.

Trettenbrein – not to be confused with the Carinthian regional politician Harald Trettenbrein – had served as the Deputy Head of Unit at the EC’s Directorate General (DG) Connect, responsible for the management of the MEDIA sub-programme as well relations to DG Education and Culture and the EACEA, since this February.

Prior to this, the trained lawyer had been the Deputy Head of the Converged Media and Content Unit at DG Connect for eight years from January 2007, and was involved variously in the revision of the Television Without Frontiers Directive and the implementation of the Audiovisual Media Services Directive.

In an exclusive interview with Screen Daily during the EP’s plenary session in Strasbourg, Polish MEP Bogdan Wenta outlined his proposals for a preparatory action for the subtitling of European films

¨I have had meetings with the Commission in order to work on enhancing the circulation of European films, an objective for which filmmakers are asking the EU to strengthen their action,¨ he explained.

¨Since subtitling is the minimum requirement for circulation, we are now working on the idea of innovative ways of partnerships with professional freelance interpreters and translators, and possibly language students, to offer subtitled versions at more cost-effective prices than presently offered on the market, for less popular languages such as Polish or Hungarian. Of course, there should not be any compromise on the quality of subtitling,” he stressed.

¨Such a preparatory action could enable us to develop new forms of media education and film literacy for young people and break down barriers in learning languages as well as to promote a wider distribution of European films throughout Europe and abroad,“ Wenta argued

„This would be especially valuable for the distribution of films in Central and Eastern Europe as, given the diversity and thus lesser popularity of languages of the region, films cannot be circulated as easily as in the regions of a more unified language structure or in those where one of the major European languages is spoken,“ he noted.