Patrick Wachsberger’s Lionsgate International team will commence sales in Cannes in select territories where output deals do not apply on the thriller that reunites Thunder Road with Keanu Reeves. 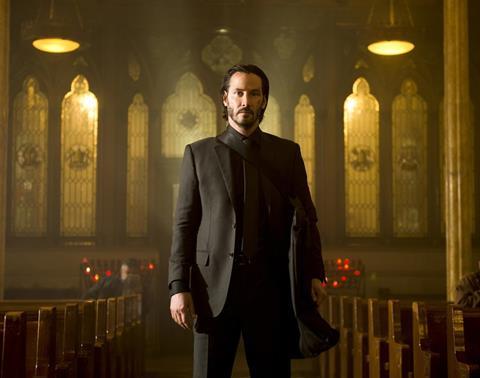 Directors David Leitch and Chad Stahelski are also back in the saddle alongside screenwriter Derek Kolstad.

Thunder Road’s Basil Iwanyk produces Summit’s follow-up to the story of a former hitman who comes out of retirement to track down gangsters.

John Wick opened in the US in October 2014 and grossed $43m, while a further $35.7m from international markets elevated the worldwide tally to $78.7m.

“With such tremendous fan and critical support for John Wick, we knew that there was still so much more of this story to tell,” said president of acquisitions and co-productions Jason Constantine.

“We are thrilled that Keanu, David and Chad have reteamed with us and promise to bring audiences even more excitement the second time around.”

Constantine and Eda Kowan at Lionsgate will oversee the project on behalf of the studio.