Audits are becoming common practice for producers and rights holders looking to ensure they are getting what they’re owed. Geoffrey Macnab explores the process 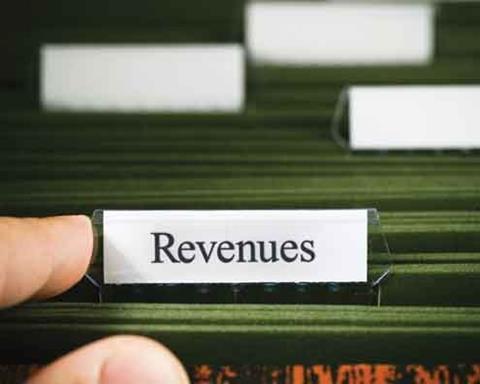 To audit or not to audit? What once was a vexing question is now seen as simple commercial sense. Producers, sales agents, talent, directors, writers, composers and banks will often have the right of audit. Any scruples they may once have had about exercising that right are fast disappearing.

“There were certain sales agents or producers who did it all the time but others never did or only when there was a dispute,” remembers Christa Okkersen, who set up auditing company Licence Control in 1983, of the old attitude toward auditing. “I still have certain sales agents or clients coming up, being insecure about auditing and hesitating about whether it will harm the relationship. I always tell them they don’t have to worry.” In the majority of cases, an audit does not change the existing relationship, whether it was good or bad.

Nor are audits intrusive or damagingly expensive (if they do not turn up hidden revenues). “They are more and more a routine practice for licensors if they have a successful film and compared to results achieved, audits are not expensive,” says Christine Corner, a partner at Grant Thornton. “With our field experience, we can advise clients whether an audit is worthwhile or not.”

Producers know that on modestly budgeted independent films which have not sold widely, there is unlikely to be much money hidden away on the distributors’ books. However, market conditions have changed. Distributors tend to pay smaller minimum guarantees. That means it is far less of a journey for a film to turn a profit. And, where there are profits, there should be overages due to the rights holder.

Elena Prola, former finance director of Universal’s global home entertainment licensee operations, now heads up RoyaltyInternational, a specialist firm providing royalty auditing, consulting and related services. She agrees business models have been transformed, making audits more important than ever before. “You have seen a tremendous shift in the industry,” she says, pointing out that distributors used to pay huge advances and that the royalty fees were the “icing on the cake”. Now, by contrast, “there is no cash around and so the deals are a completely different structure”. Now that deals are so often royalty-driven, auditing “goes hand in hand with that”.

“It’s absolutely advisable for any producer or sales company to go for audits,” says Jochen Hesse, managing director of German-based distribution auditor RevCheck, which last year launched a joint venture with collection agency Freeway Entertainment. “Even more [so] once a film is close to recoupment or produces overages,” he adds.

“An audit is common business practice. It isn’t necessarily an aggressive act at all,” agrees Tim Haslam, CEO of the UK’s HanWay Films.

The problem every producer faces is pinpointing the right moment to audit. It should not be too soon because certain costs or income might not be covered in the statement, and the producer should not audit too late because there might be a cut-off date stipulated in the contract or records may no longer be available despite the distributor’s obligation to keep these during the whole term. This is why tracking royalty statements is so crucial, and why checking distributors have made payments and looking over their p&a costs is also so important.

“If we have a film that we think is successful, then we will audit,” says Jane Barclay, formerly co-chief of sales outfit Capitol Films, now a consultant at Aramid. “On Gosford Park, we pretty much audited everyone. It’s important that people know you’re going to do it, but for it to work, you have to have all kinds of provisions in the contract.”

“We’ve never lost money in an audit but we’re judicious in our application,” says Jane Wright, managing director and executive producer at BBC Films. Among the high-profile films on which BBC Films has gone down the audit route are Billy Elliot and Enchanted April. “Both sides make discoveries. It’s not malevolent but sometimes accidental.” Wright gives the example of wrong attribution of certain expenses.

Channel 4’s controller of film and drama Tessa Ross says: “From time to time, because we’re a business and we’re trying to make the money come back in, we do audit those bigger films, where it’s clear we have to take a view for our producing partners.” In tandem with its other partners, Film4 is likely to audit its runaway hit, Slumdog Millionaire.

Opinion is split as to whether auditing is an interpretive art or a science. “There are certain distributors, especially mini-majors, who are sensitive to auditors because they believe certain auditors will always find some sort of underpayment based on their interpretation,” notes one lawyer who acts for both sales agents and distributors.

“It’s very rare you don’t find something,” Okkersen says. An audit is always rewarding. “Where people work, there are errors. The accountant who makes the royalty statement may not have read the contract.” If contract language is good, there will be no interpretation issues. If not, the licensor will learn quickly to adjust certain clauses in future contracts.

An audit, likely to cost $31,200-$46,600 (£10,000-£20,000) if it is an independent distributor whose books are being examined, is paid for by the client but most contracts have a clause stating that if the auditor finds funds 5%-10% above what the distributor reports, then the distributor has to reimburse the audit costs.

In Japan, souvenir books are a lucrative revenue stream not always in the contract

Careful preparation is required to audit successfully. “We always require distributors to provide us with accounting ledgers of their revenues and expenses and other distributor information before we conduct fieldwork,” says RevCheck’s Hesse. “We want to know details in advance so that all relevant supporting documents are prepared when we arrive on location. This way we limit the time we spend on the road and save costs.”

Okkersen says: “You have to agree on a starting date together. It doesn’t make sense to sit there if nothing is prepared. You always try to limit the stay at their offices and to make it as smooth as possible.”

She adds that “industry know-ledge and languages are essential to conduct audits on a worldwide basis, as auditing is not just about numbers”.

Each territory has its quirks. If the audit is carried out in territories such as Japan or Turkey, local assistance is essential. In Japan, for example, souvenir books are bound to come under scrutiny: it is a lucrative revenue stream for Japanese distributors but not something sales agents and producers always remember to put in the contract.

Hesse says that RevCheck’s collaboration with Freeway and parent TMF Group, an accounting firm with offices in every world capital, gives it the local-language skills and accounting and tax knowledge it needs. “It plays out very well for our clients. The auditor provides the specific film-distribution knowledge and is assisted by a local accountant. It is very efficient and saves time and costs.”

Grant Thornton’s Aulren business, meanwhile, has a team of staff who have been auditing worldwide, but particularly in Latin America, Europe and Asia for eight years, combined with the local office knowledge of the Grant Thornton International network.

If the contract is well written and comprehensive, the auditor will have more leverage. If not, negotiations are likely to be complex. Rights holders talk of hand-picking auditors for specific situations. Sometimes, one sales agent says, it works to have an auditor with an abrasive personality. Okkersen disagrees. “If you’re aggressive, it doesn’t really help. You need to be firm but co-operate as much as possible with the licensee. In my experience, the audit will then have better results. It’s not good if you get a bad reputation. Some distributors don’t want certain auditors because they felt they were too aggressive.”

“Being aggressive generally does not help,” Peter Kostense of Protocol concurs. “It all goes back to the relationships and knowing the margins and the ‘why’ question — why is someone not paying? Does something need to be delivered that is not delivered? Is there a very tight situation in the territory that makes it difficult for the distributor? Both parties have an interest in this. If you go very aggressively, it might have an adverse effect and then there is no money at all.”

“If you’re aggressive, it doesn’t help. You need to be firm but co-operate with the licensee”

Okkersen does her utmost to avoid going to arbitration, pointing out that it is expensive and there is no way of knowing how a case will turn out. But if negotiations do not result in an amicable settlement, arbitration is the only alternative. Some use the arbitration service provided by the Independent Film & Television Alliance (IFTA, which was formerly AFMA). “You can go to arbitration in Los Angeles and that’s much cheaper than suing,” says Carey Fitzgerald, managing director of the UK’s High Point Films. IFTA is seen as the default film-industry arbitrator. However, as other sources note, winning an arbitration does not always mean the licensor receives the money.

What is clear is that rules regarding auditing change significantly where US studios are concerned. Well-placed observers point out that the studios tend to impose their contract language on foreign producers. The foreign producers are happy to have sold their film in the US because this helps drive sales in the rest of the world. They receive the minimum guarantee but are unlikely to see money beyond this point.

“The more established the companies you work with [in terms of distribution], the tougher the contracts are,” notes Hesse. “If you reach an agreement with a Hollywood studio, they have the expertise and power to negotiate the distribution agreement in their favour. They will limit the audit rights to the greatest possible extent. For example, there will always be a cut-off date which prevents producers from auditing revenues or costs after a certain timeframe has elapsed.”

Any attempts by independents to challenge the US studios over their approach to auditing are likely to be stonewalled. “I’ve tried to negotiate -studio auditing language with varying degrees of success, but generally it’s very difficult to make any substantive changes to their terms which will be very much in the studios’ favour,” says Christos Michaels, a partner at media and entertainment lawyers Lee & Thompson.