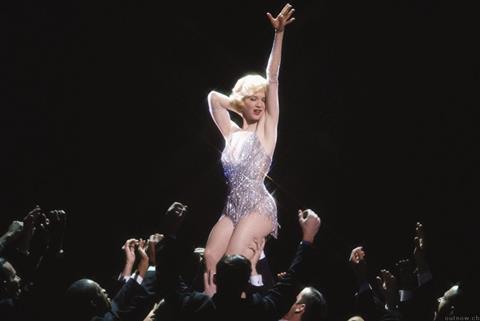 Moulin Rouge last year proved that there was box-office life in the movie musical. The eagerly anticipated Chicago should confirm that, at least in North America, where it opens on Dec 27, and other English-language territories. Buzz is furious on both coasts for the film of the Broadway musical which enjoyed a global revival in 1997, and awards talk is heating up for the film and its stars Renee Zellweger, Catherine Zeta-Jones and Richard Gere.

The movie offers a pungent message about the thirst for fame, the cult of celebrity and the scruples - or lack thereof - of the media

But despite the hype and an expected bonanza at the box office, the film is actually a disappointment. Quite simply, it is edited to death. The beauty of a musical, whether mounted on stage or screen, lies in its song and dance routines. Chicago is wall-to-wall musical numbers but the quick-silver cutting and the lack of any sustained wide-shots means the audience never really gets to see, much less appreciate, the choreography. The same accusations were made about Moulin Rouge last year, but younger audiences are so used to that flash-cut technique from music videos that it did not seem to bother them. Less youth-oriented in its style and attitude, Chicago might be more subject to scrutiny. Still, if it can even come close to Moulin Rouge’s $175m worldwide gross (67% of which was from international), Miramax Films will have a hit on its hands. Miramax is dubbing the film in foreign territories, although the well-known songs will remain in English and subtitled.

Based on the award-winning stage production by Bob Fosse and Fred Ebb - with songs and lyrics by Ebb and his partner John Kander - the feature concerns aspiring vaudeville star Roxie Hart (Zellweger) who lands in Chicago’s infamous Cook County jail after killing her no-good lover. Who should be in the same cellblock but Velma Kelly (Zeta-Jones), the vaudeville star whose career the ambitious Roxie covets most. Velma is also awaiting trial for murder, having bumped off both her sister and her two-timing boyfriend after catching them together.

When Roxie is arrested, the media suddenly loses interest in Velma, a hard pill for the former diva to swallow. The competition between the two is exacerbated not only by the prison matron (Latifah) but also by the lawyer handling both cases, the slick Billy Flynn (Gere).

Marshall’s TV and stage credits include Annie and the revival of Cabaret and his Chicago has the requisite razzle-dazzle. In fact, it’s all camera, lights and action. The pacing is so rushed, due in large measure to the unrelentingly fast and choppy editing, that that the audience do not really have an opportunity to enjoy what is on the screen.

The story jumps back and forth between what is actually happening and Roxie’s fantasies. It’s an interesting and largely successful gambit that would have worked even better if the story did not start quite so abruptly. As for the actors, Gere is certainly game, although you cannot help wincing a bit for him, and Zellweger proves more than respectable. But it is Zeta-Jones, looking stunningly beautiful even with her hair short, who walks off with the honours. An impressive hoofer, she is edited so strenuously that the audience is left with the impression they had to cut around her to make her look like a real dancer.

The movie offers a pungent message about the thirst for fame, the cult of celebrity and the scruples - or lack thereof - of the media. While that is all well and good, a musical should make the audience want to leap onto the stage or into the screen and join the performers - or at the very least to rush out and start taking dancing lessons. Sadly, that is what this version of Chicago is lacking.

To sign up for Screen’s weekly Reviews Newsletter with all the week’s new releases, international openings and full festival reviews delivered free to your mailbox every Friday, please click HERE.