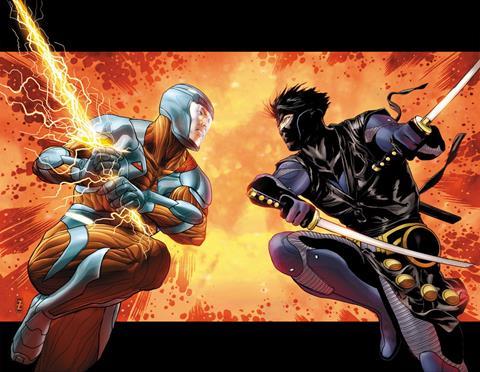 Beijing-based DMG Entertainment has struck a partnership with Valiant Entertainment under which the two companies will co-produce theatrical features based on the comic-book publisher’s library of more than 2,000 characters.

According to a statement, DMG has made an “eight-figure” (US$) equity investment into Valiant and dedicated a further “nine-figure” sum towards production of theatrical films and TV programmes based on Valiant’s superhero characters.

“Comic superheroes are the most lucrative and sought after IP for movie franchises, so taking a stake in the last independent massive comic universe is a strategic investment for DMG that will produce movies and TV that are both appealing and relevant to a global audience.”

“We will look forward to introducing some of the most popular superheroes of all time to the world’s fastest growing market across all media forms.”