The director of Belle says the film industry needs to support newcomers beyond just the first movie. 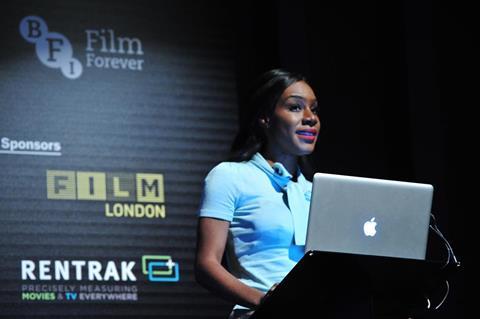 I made my first feature film in 2004.  Around that time, the buzz phrase was, ‘creating a sustainable industry’.  In my world, I took that to mean an industry in which all involved in making films could not only complete one or two, and then find themselves squeezed out by the financial pressures, but one in which the individuals who make up the industry could truly survive, maybe even thrive, through their continual contributions, that could be fairly reflected on as that thing called a ‘career’.

And I pondered on this often during the almost 10 years that came between my first movie and second.  For a filmmaker, the first movie is tough - but I would argue that the second - or as Hollywood has affectionately labelled it - the sophomore movie, is at least as tough, if not more difficult to get off the ground. Those difficulties appear to become compounded when the filmmaker is female and/or of a minority.

My first and second movies are indeed very different - but they had much in common in terms of how they came to fruition - and in many ways it isn’t complicated. Somebody decided to champion me - they decided not only to invest in a movie, but to invest in the talent who would be behind it.

For each movie it was different people, who  approached me with the same attitude - in so many words they asserted the idea that they believed in me, in my capabilities and unique filmmaker’s eye.  Thus they would work with me until the project was ‘right’, and invest time and energy and trust, in doing so.  In the case of A Way of Life, it was ex- ITV Wales Head of Drama, Peter Edwards, and Ex- UK Film Council New Cinema head, Paul Trijbits, both who came with an element of finance and a decision and force to back my talent as well as my film.  In the case of Belle it was the BFI’s Chris Collins who suggested that producer Damian Jones connect with me to develop the project Belle, and Chris’ trust was swiftly backed by Ben Roberts.

I would argue, then, that whilst we must continue preserving, developing and building on opportunities for first time filmmakers - which is essential, we also need to reach a point where we are nurturing filmmakers beyond the first movie, through that sophomore project and beyond i.e retaining them in the industry.

Why? Because nurturing and developing filmmaking talent, so that they go on to become financeable world wide is the only way to create a sustainable film industry in the long run here at home in the UK.  No industry can remain sustainable without new and diverse life blood and without those who have the opportunity to hone and develop their talents and skills to their most full potential.  When filmmakers dabble with a single or even a couple of films and then disappear, what we will never know is whether or not we have lost our very best - we lose  the opportunity to grow, strengthen and develop our industry.

And it  makes sense for all funding entities of our industry to play a part in this - the leap between the first and second movie is often laden with the ambitions of the filmmaker who wants to make a bigger second movie than their publicly funded, low budget debut alongside fears from commercial entities such as distributers and financing partners,  that the skills to make this kind of film are not transferable to bigger budget, more commercial product. This simply is not true and has been proven time and time again. Real talent make good movies.  Real talent make even better movies when supported - and their films can and do make money.

I’m relieved to have made it through my second movie.  My challenge now is to go on.  Through Warners Bros Pictures, who will make my third movie and Pinewood Pictures who will make my fourth, I have found further champions. But I want to compete not only in a thriving UK film industry but also a diverse one - one in which talent from all kinds of backgrounds go beyond the first and second picture.

There in lies the future of a real sustainable film industry.