Following his rejection of an out-of-competition slot, Francis Ford Coppola will unveil Tetro as the opening film of this year’s Directors’ Fortnight at the Cannes film festival (May 13 - 23). 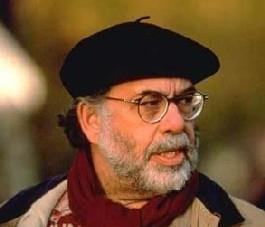 Last week, the filmmaker released a statement saying he had turned down an out-of-competition invitation to the festival: “While I very much appreciate the invitation, this is an independent film, self-financed and self-released, and I felt that being invited for a non-competition gala screening wasn’t true to the personal and independent nature of this film.”

The rest of the line-up for the Fortnight includes 23 features of which seven are first films and eligible to compete for the Camera d’Or.

The US and France have a strong presence in the sidebar with other films spread out over Canada, Europe and Asia.

There is also a trio of titles from Sundance: Cherien Dabis’ well-received Amreeka, Glenn Ficarra and John Requa’s I Love You Philip Morris, and Lynn Shelton’s Humpday which sold to Magnolia in Park City for mid-six figures.

Ajami has also been selected to close the event.

Meanwhile, first films that will also compete for the Camera d’Or:

There will be also be a special screening of Montparnasse by director Mikhael Hers.